Note: There has also been a player at Celtic by the same name (John Conway) but the two are not the same person.

This East End doctor was the man who kicked the first ball at Celtic Park in front of a crowd of 5000. A leading member of the Irish community in Glasgow, his father was a successful grocer and John excelled as a pupil at St. Mungo's School and latterly in his medical studies at Glasgow University (at a time when very few RCs studied at this seat of learning).

A Truly Great Man whose importance to the Founding and Establishment of Celtic and to the people of The East End of Glasgow has been to a certain extent undervalued in the various writings on Celtic's History.

As St.Mungo's Bhoy he managed to get to study medicine at Glasgow University when not many RC's could get in – He qualified and went on to study to become a Fellow of the Royal College of Surgeons – He forewent practising Surgery and the riches and wealth it could bring to him to return and work as a Community Doctor in The East End – Bear in mind The East End was rife with poverty and disease on an unimaginable scale and was one of the the most impoverished places in Europe.

John Conway was a leading member of the Irish Community in Glasgow and was heavily involved in Celtic's Foundation especially as was the situation with Brother Walfrid and Brother Dorotheus as regards Celtic's Charitable Foundations – He was the man who addressed Hibs at their 1887 Scottish Cup Party in St.Mary's Hall in the Calton.

He was there when Celtic were officially launched in the same hall some months later, he was there at the first AGM and was Celtic’s first Honorary President. A staunch advocate of the club’s charitable foundations he lost his place on the committee after challenging the introduction of wages for club officials and the changing emphasis away from donations to Brother Walfrid’s Poor Children’s Dinner Tables.

He was there and involved when Celtic was officially launched – He was Celtic's First Honorary President, and he kicked the very first ball at the first Celtic Park.

John was deposed at the 1891 AGM as the business side of Celtic began to kick in and they were advocating wages for Celtic Officials which would take away funding from The Poor Children's Tables – John stood against it and was deposed. – Dr.Conway was almost completely ostracised from there on in until his early death a few years later – Very sad – The situation got worse the following year when Brother Walfrid* was transferred to London.

Sadly, when he died the club failed to make any official acknowledgement of his passing – a terrible shame given his important role in taking the name of Celtic into the hearts of Glasgow’s East Enders.

John Conway died very young at only 35 years of age – The cause of death was given as "Apoplexy" which is an old fashioned medical term for a cerebral haemorrage usually inducing a stroke. As he had chosen to forego his Career in Surgery and a life of privilege to work amongst the terrible disease and poverty in The East End I can't help feeling the pressure carrying out such work may have partially lead to the apoplexy and that he quite literally gave his life for the Poor People of the East End.

"A Great Celtic Man" but also "A Great Man". 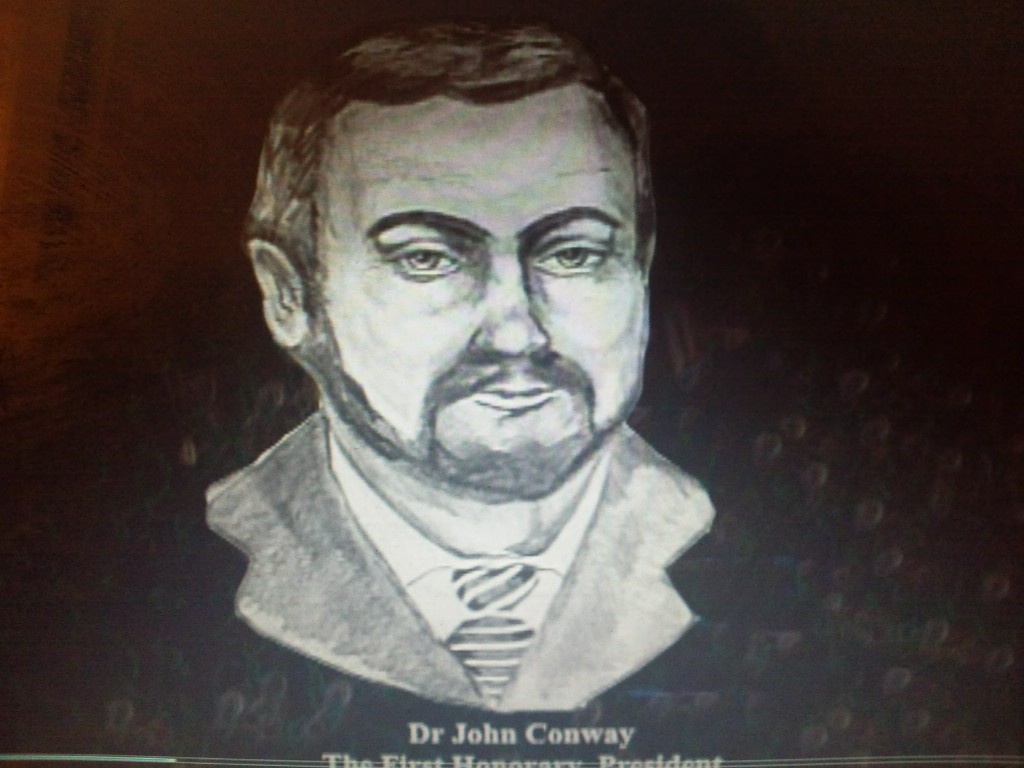 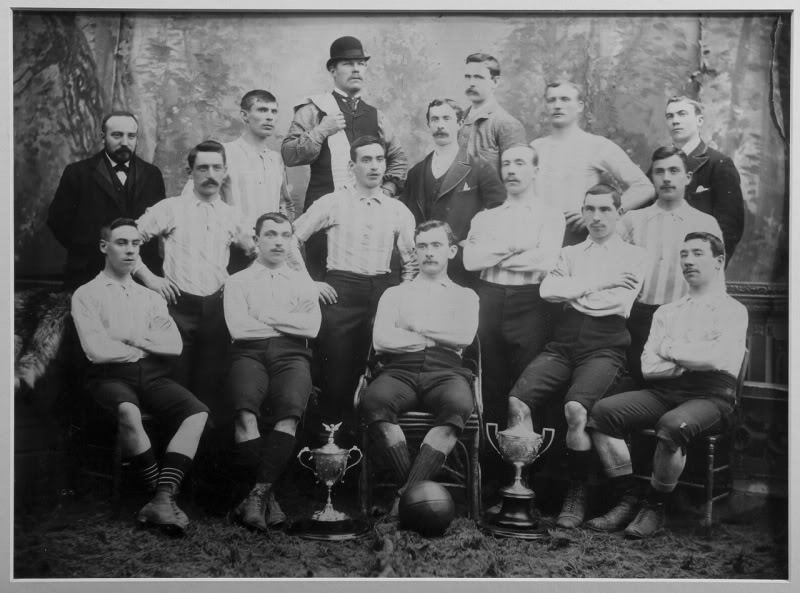 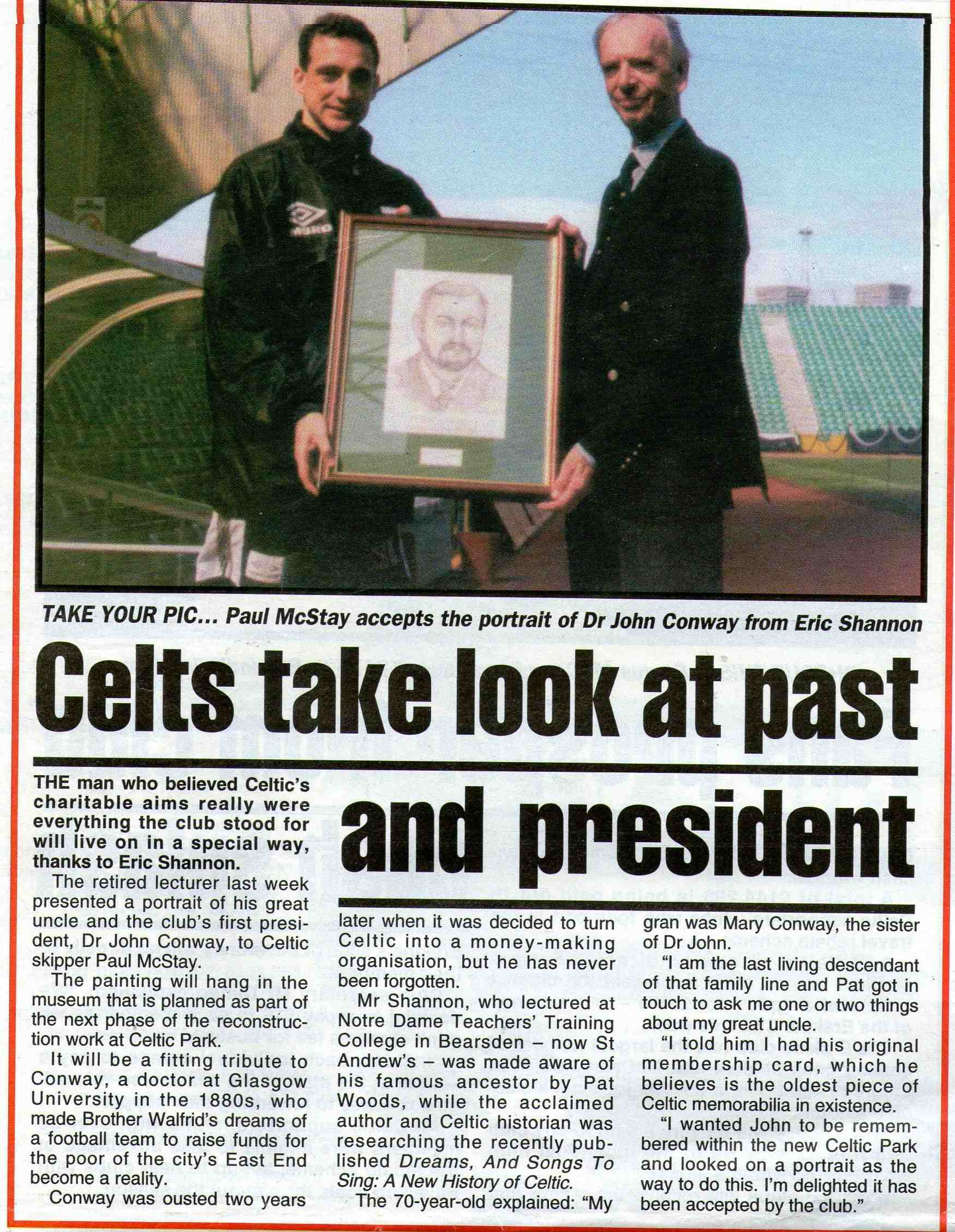