This following circular was issued in January 1888, asking for financial assistance, which came along, but not in the amount that was desired.

Patrons
His Grace the Archbishop of Glasgow and the Clergy of St. Mary’s, Sacred Heart and St. Michael’s Missions, and the principle Catholic laymen of the East End

The above club was formed in November 1887 by a number of the Catholics of the East End of the City.

The main objective of the club is to supply the East End conferences of the St. Vincent De Paul Society with funds for the maintenence of the “Dinner Tables” of our needy children in the Missions of St Mary’s, Sacred Heart, and St. Michael’s. Many cases of sheer poverty are left unaided through lack of means. It is therefore with this principle object that we have set afloat the “Celtic”, and we invite you as one of our ever-ready friends to assist in putting our new Park in proper working order for the coming football season.

We have already several of the leading Catholic football players of the West of Scotland on our membership list. They have most thoughtfully offered to assist in the good work.

We are fully aware that the “elite” of football players belong to this City and suburbs, and we know that from there we can select a team which will be able to do credit to the Catholics of the West of Scotland as the Hibernians have been doing in the East.

Again, there is also the desire to have a large recreation ground where our Catholic young men will be able to enjoy the various sports which will build them up physically, and we feel sure we will have many supporters with us in this laudable object.

Below is a list of those who subscribed as a result of the circular:- 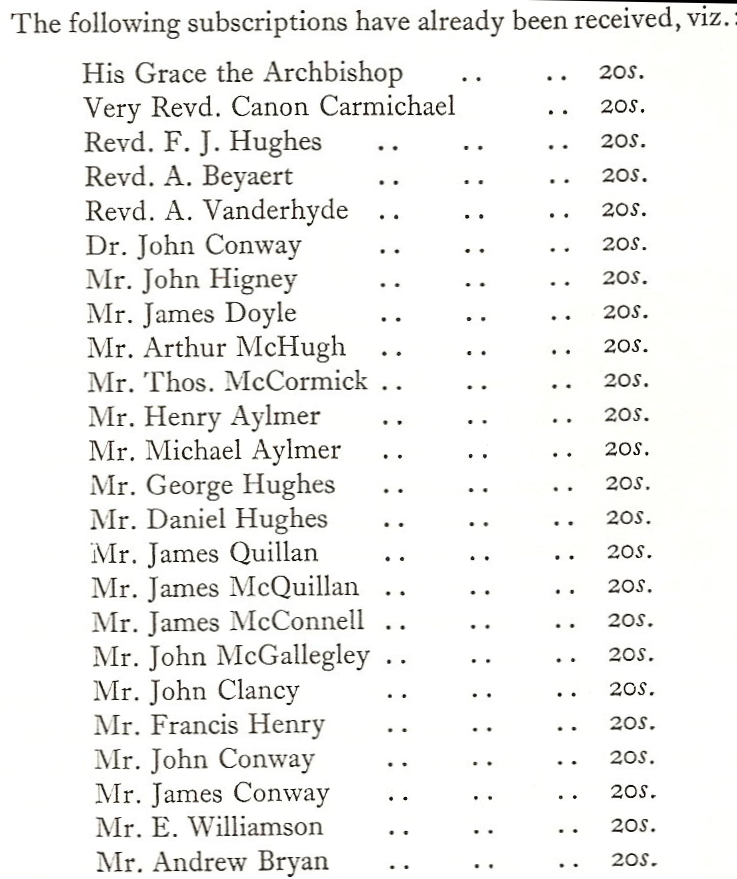 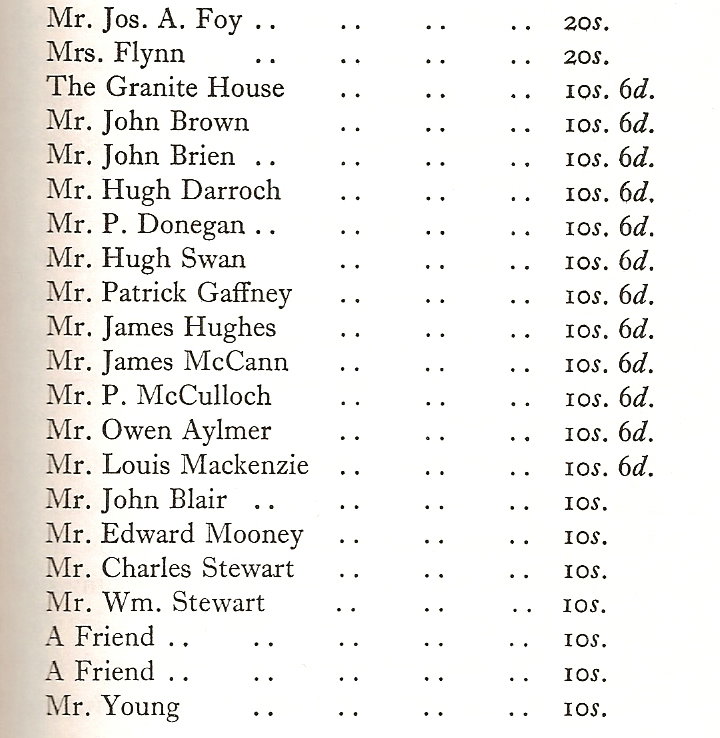 From The Story of the Celtic, by Willie Maley

In the programme of the 2004 Celtic Charity Fund Dinner there is an article by Alex Gordon called ‘Brother Walfrid’s Dream’. This makes reference to an earlier circular, from November 1887, as follows:

“On another bitingly cold November in 1887, a hand-written circular was passed around the needy of the area. It stated simply: A football club will be formed for the maintenance of dinner tables for the children and the unemployed. Eighteen words. Eighteen words that formed the foundation of an institution the world now acclaims as Celtic Football Club.”

“A football club will be formed for the maintenance of the dinner tables of our needy children.”
After the famous meeting in the hall of St Mary’s, Calton, in November 1887

This is the text of the fundraising circular sent round the parishes in January 1888, very likely to have been written by Brother Walfrid himself, which states clearly the objective of the club at our foundation. 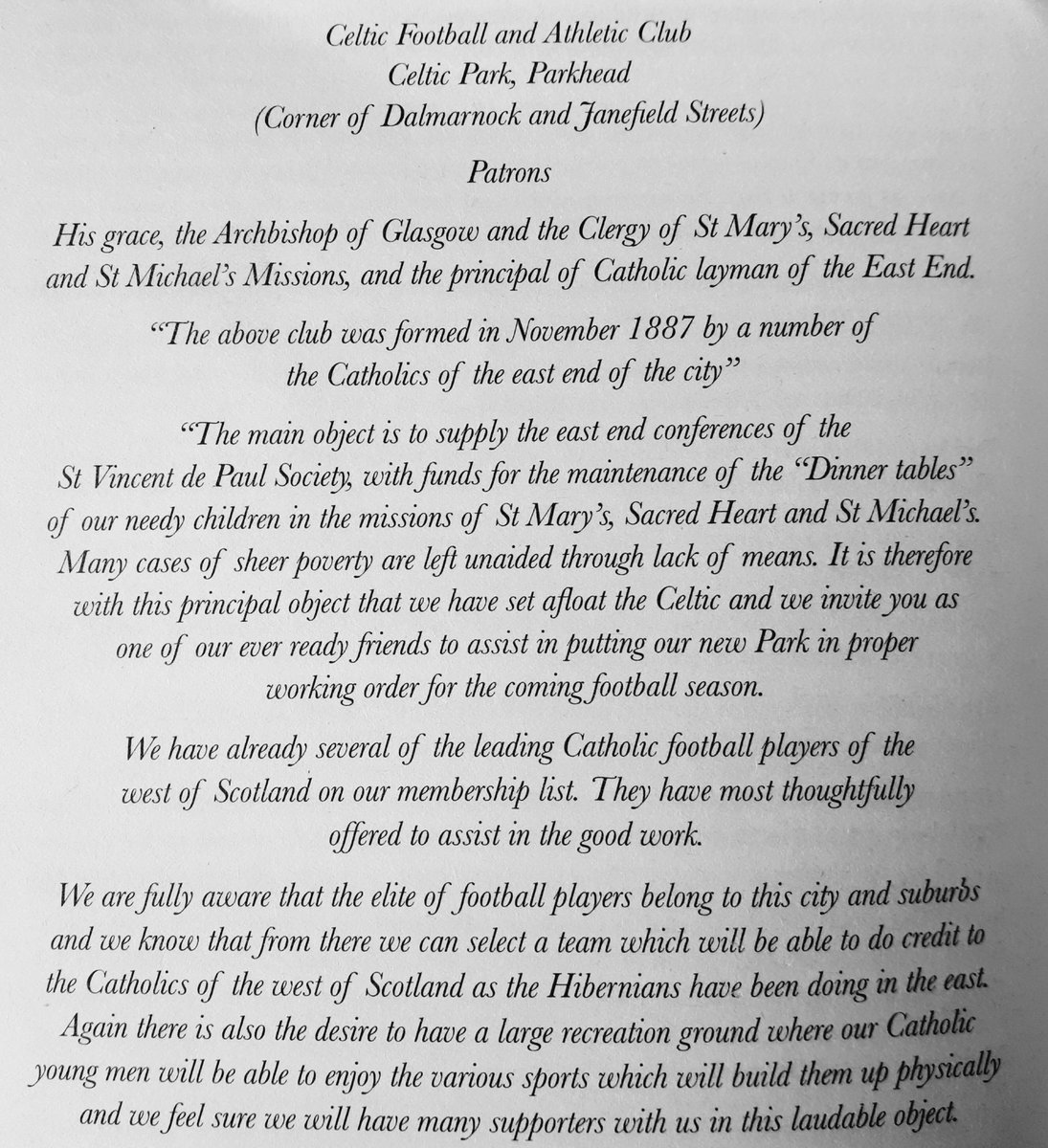