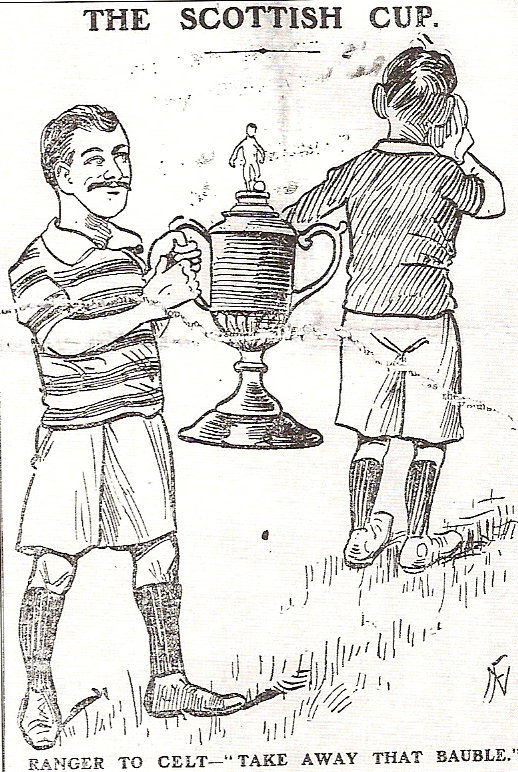 In Celtic's earliest days, long before the days of sports photography, newspapers would have to rely on the skill of an artist to try and capture the excitement and thrill of a football match.

Illustrators were often also used to make a topical or satirical point about a game, a player or a club. The financial benefits to both sides of the Celtic and Rangers rivalry was a popular source of satire. In most cases this was harmless stuff but in some early drawings depicting Celtic fans and players their were clear racial overtones – the immigrant Irish Celt portrayed as a befuddled ape like figure next to the aryan features of the upstanding Rangers representative of establishment Scotland.

In this section are some examples of all these early forms of media coverage of Celtic along with some latter day examples – many from the club's thriving fanzine culture – of topical Celtic cartoons and drawings. 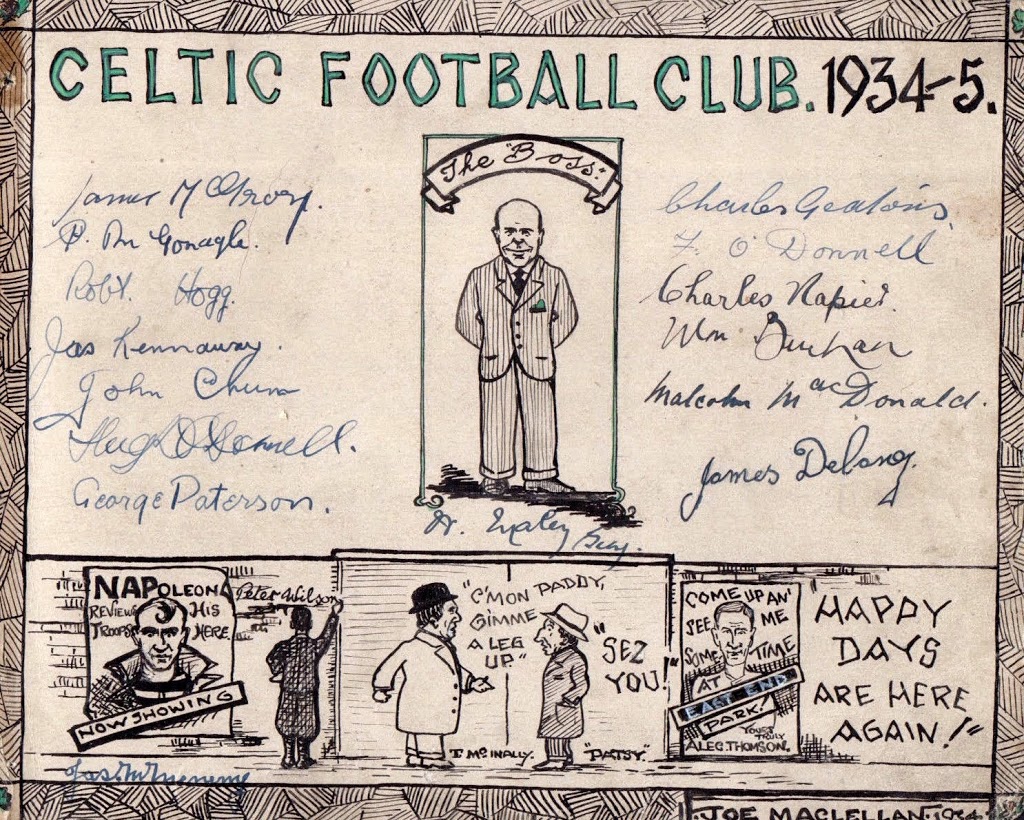