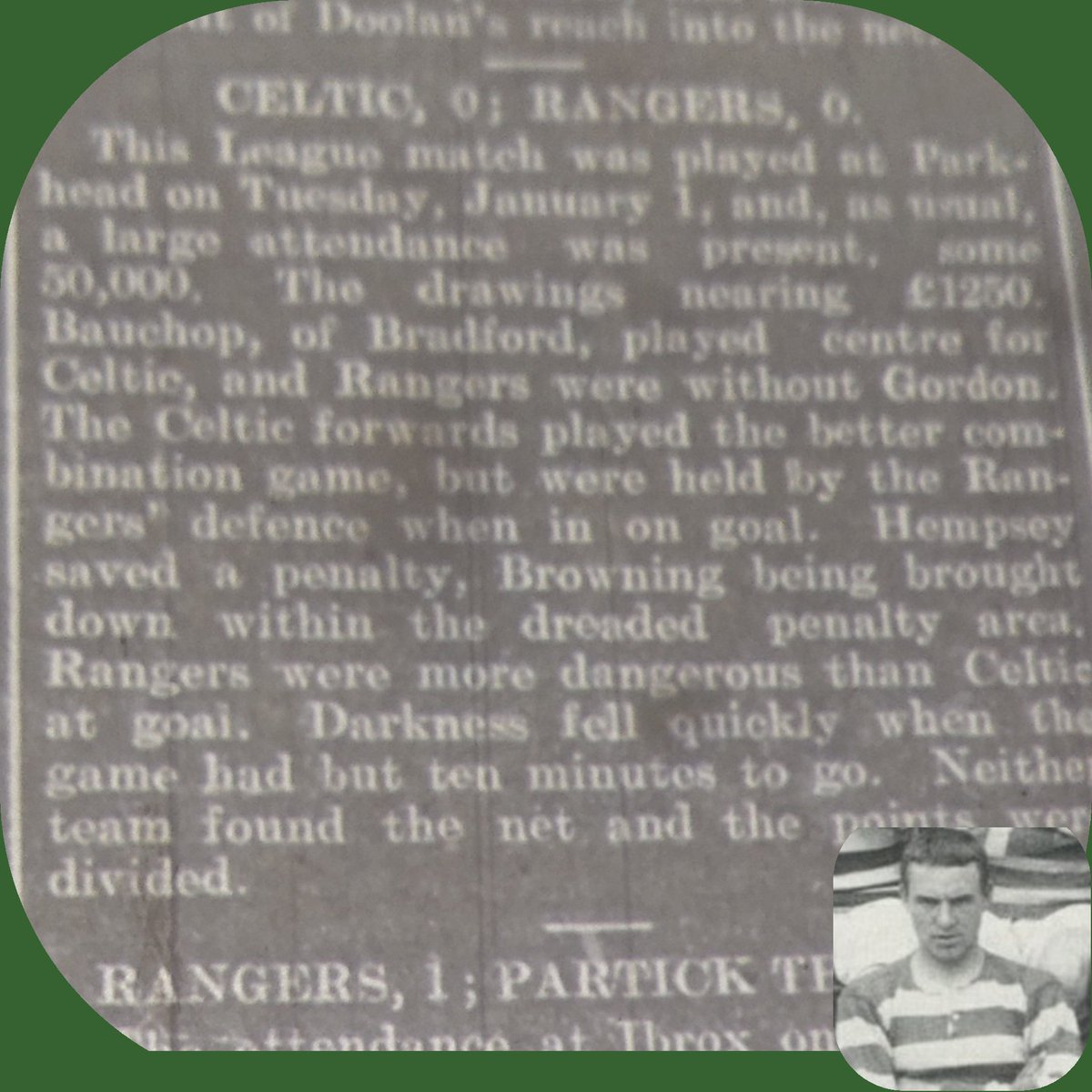 The Glasgow Herald, Wednesday 2nd January 1918
KEEN GAME AT PARKHEAD
The New Year’s Day match between Celtic and Rangers attracted upwards of 50,000 spectators to Parkhead, and a fast and interesting game that favoured the home team ended in a goalless draw. The feature of the match was the staunchness of the defending of both clubs, and of Rangers in particular, for admitting that Bauchop proved but an indifferent substitute for McLean, there was an understanding and a degree of skill shown by the Celtic forwards only rarely in evidence on the other side. The shooting of both sets of forwards was hasty and ill-judged even a penalty kick proving too much for Browning, and this was the only real shot delivered at either goal. The gate drawings amounted to £1,268, further evidence, if any were required, of the popularity of the game. At Hampden as at Parkhead, goals were conspicuous by their absence, but at Firhill the forwards had matters pretty much their own way, McLean claiming the first three for Third Lanark.