The excellent Celtic historian & author David Potter wrote this, an excerpt from a chapter in his book "Celtic – How the League was won 49 times" LINK
“This [date] was exceptionally late for 1919, but it was an exceptional season with Victory Internationals hastily arranged the previous Saturday.

Celtic travelled to Ayr United while Rangers were at Clyde. Celtic only needed to beat Ayr for the Championship. The weather was pleasant and 10,000 were at Somerset Park with the trains from Glasgow all full.

They saw a nervy display by Celtic for the first half hour but then good work from Patsy Gallacher found the unmarked Andy McAtee who shot home from the edge of the penalty box.

The second half was long and painful with news coming through the public address system than Rangers were beating Clyde, but eventually with 10 minutes to go Adam McLean, now playing at centre forward because McColl was injured, took up a pass from McAtee and scored.

The delight of the fans was tangible and obvious with Ayr Station that night seeing great scenes with “The Wearing O’ The Green” mingling incongruously with “Pack Up Your Troubles” and “It’s a Long Way To Tipperary”.

There had been no trouble that day, but the Ayr police were not sorry to see the trains depart, for Ireland was a tense place in 1919, and Celtic fans were aware of it all.

They did now however have something to cheer about, as more and more soldiers came home to renew their acquaintance with Patsy Gallacher, Jimmy McMenemy, Eck McNair and Andy McAtee.” 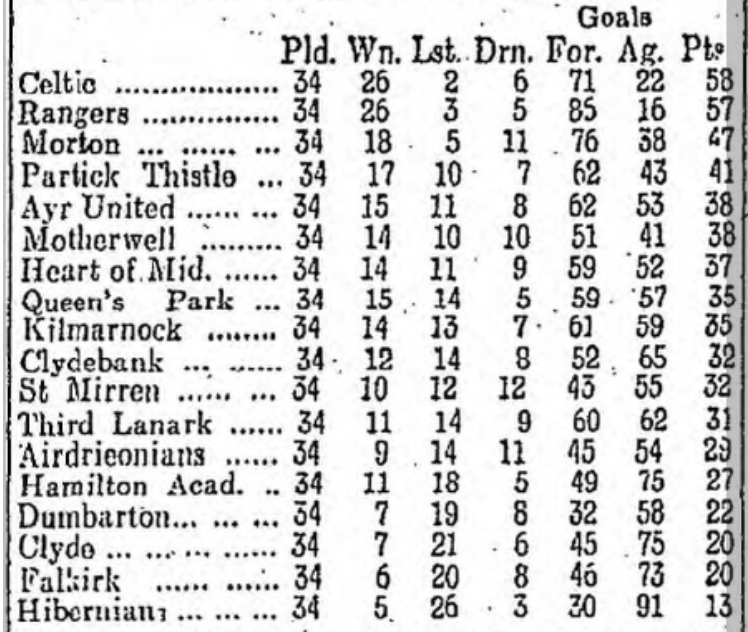 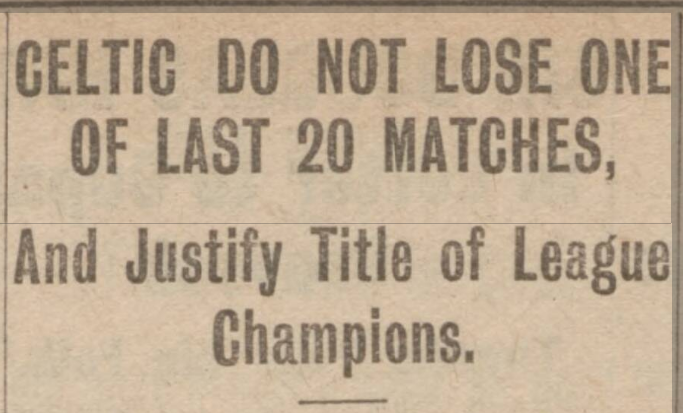 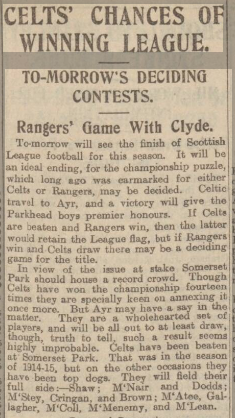 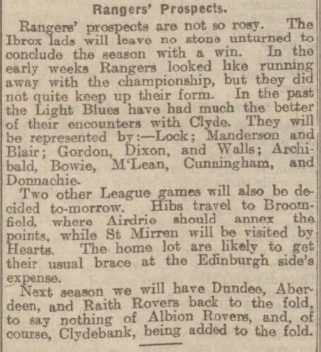 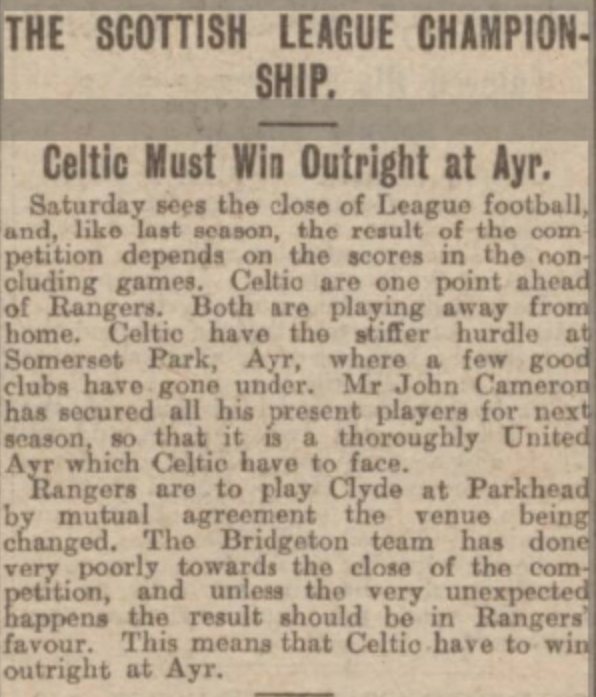 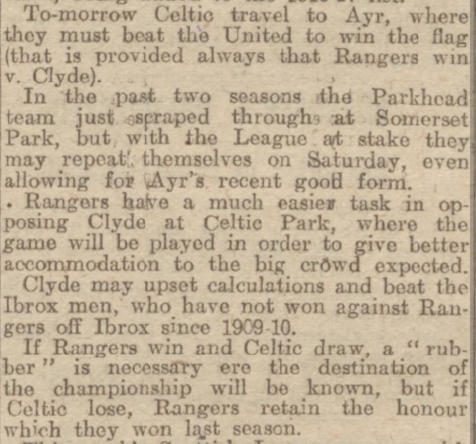 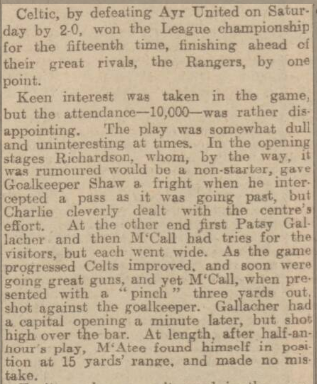 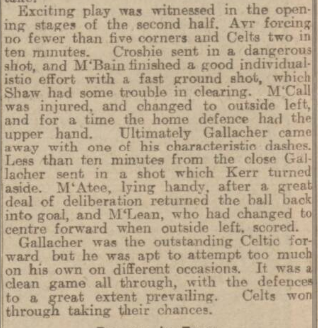 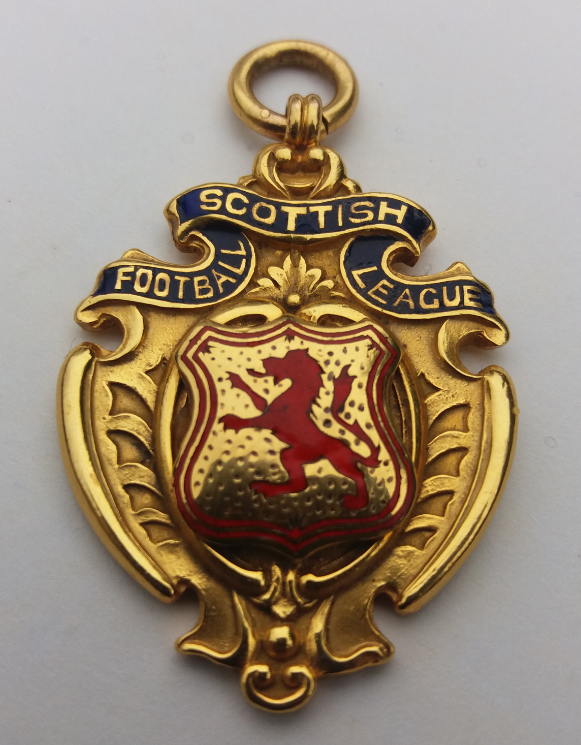 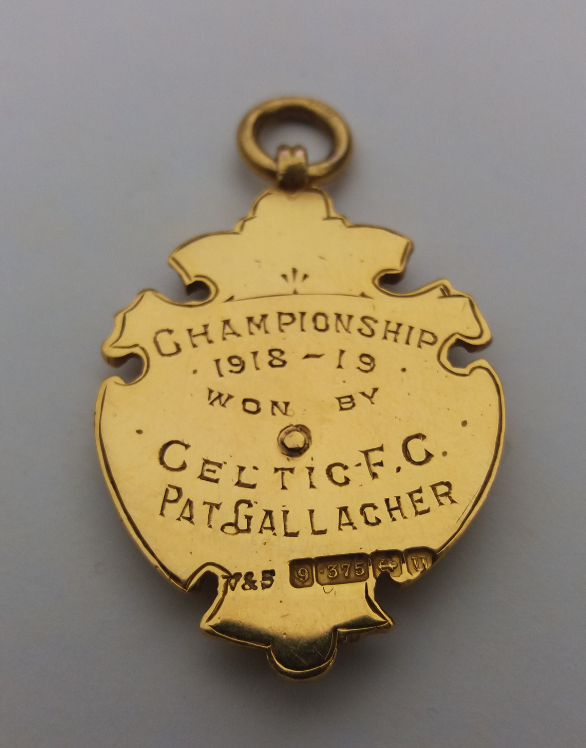