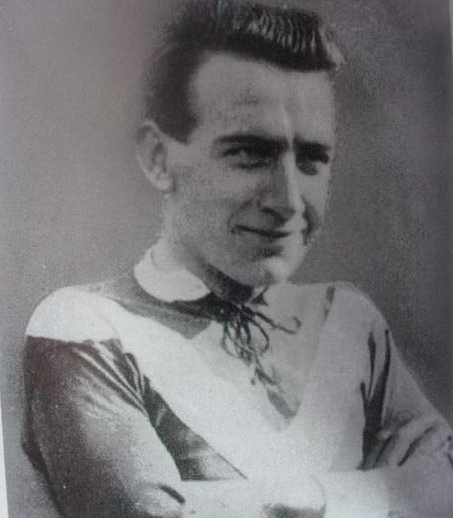 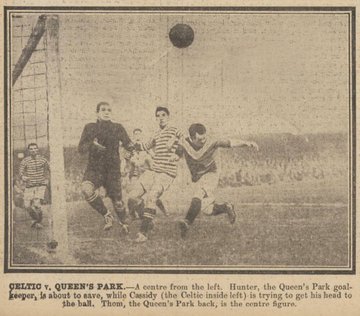 The Glasgow Herald – Oct 27, 1919
Queen’s Park Unfortunate
At one period of the game at Parkhead it did not seem as if Celtic were to benefit from the introduction of a new goalkeeper and a former centre-forward. The Queen’s Park forwards showed unwonted confidence and accustomed skill against the League champions, overran the professional’s defence, and held a slight lead in goals that no more than did them justice. Bell rather dimmed the recollection of his earlier success by failing at a penalty kick, and the amateurs’ prospects were not brightened by their having goals from McFarlane and Russell disallowed. Still, the Celtic attack was so irritatingly brilliant and ineffective as to invite defeat, and 20 minutes from the close no other ending seemed possible, so sound was the defence of Hunter and his backs. What was beyond the Celts’ clever and unconvincing forwards came easily to Cringan, and no sooner had a half-back saved the game than two forwards, McLean and Watson, won it. A third goal, a penalty kick taken by McStay, added to the amateurs’ discomfiture, and a team that with a little care should have held an unassailable lead sustained an unmerited and exaggerated defeat. The honours of the game undoubtedly went to the beaten side.