A range of sides have worn the hoops not just Celtic. Below are a cross section of a select number who have also donned the hoops. 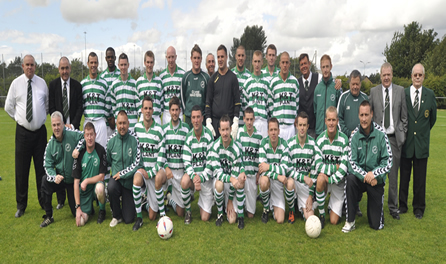 “The Ants” were formed in 1902 and from their very earliest days played in green and white hooped shirts. It is claimed that one of the Celtic board took a shine to the hooped jersey whilst watching “The Ants” play and decided that the Bhoys should adopt the Hoops as their new kit.

Currently playing in the West Region of the Scottish Junior Football Association “The Ants” are based at McKenna Park on Shieldhall Road, Glasgow.
http://www.theants.co.uk/links.html

When Tom Maley became the manager of Bradford Park Avenue in 1911 their jerseys were changed to green and white hoops. Previously the club had played in red black and amber. They continued to wear the hoops until around 1924. However the hoops have been revived in recent years.

Background – One of Real Betis’s co-founders Manuel Ramos Asensio, one of whom returned from a business trip to Glasgow in 1912 with a set of green and black striped shirts, donated by Celtic, and proposed Betis take up the colours. Asensio apparently loved the look, and outfitted his side in green and white, but switched to stripes to give them their own sense of identity. However, to mark Andalusian Day on 28 February 2017, the Hoops will return to remember their humble beginnings. 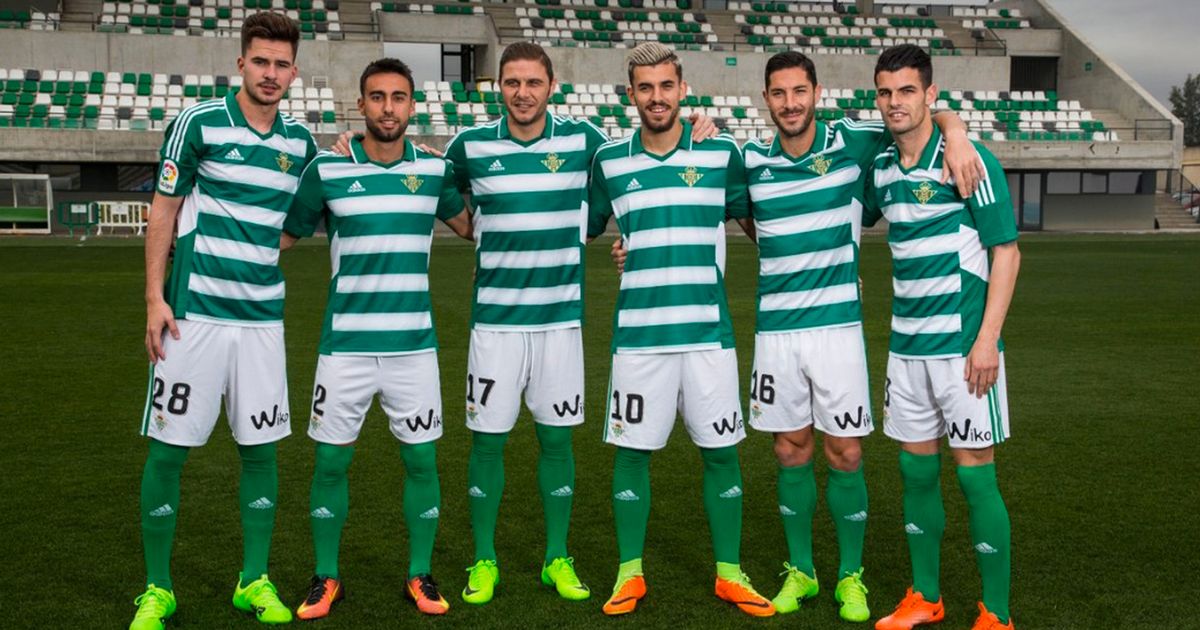 SpVgg Greuther Fürthplay in Bundesliga 2, and are based in Fürth, Bavaria. The current club was formed in 1996 after the merging of SpVgg Fürth, founded in 1903 and TSV Vestenbergsgreuth, founded in 1974

Club Santos Laguna ( Santos Laguna or Santos) play in the Primera Division de Mexico. The club – who have an official partnership with the Bhoys – were founded in 1984 and debuted in Mexico’s top division in season 1988/89. They have won the league championship twice. 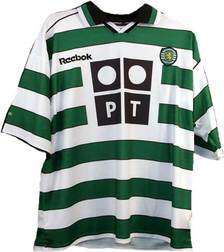 Sporting are one of the biggest and most succesful clubs in Portugal.

FC Sète 34 is a French football club found in 1900. They were managed by Scot Victor Gibson for a dozen seasons from 1912. A Celtic fan, Gibson’s influence lives on today with the club donning the famous green and white hoops.

Sete were the first French side to win the league and cup double in 1932.

Donegal Celtic is a football club playing in the Irish Football League in Northern Ireland. The club, founded in 1970, hails from Belfast and plays its home matches at Donegal Celtic Park. 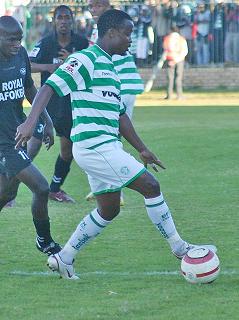 The South African Celtic play in the country’s Premier Soccer League and was founded in 1969. 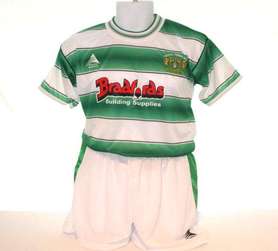 Now established in the English Football League the former non-league side adopted the Hoop after a vote by fans. 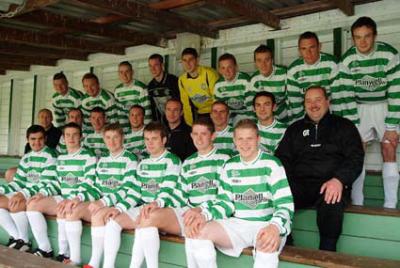 The Scottish Highland League side. 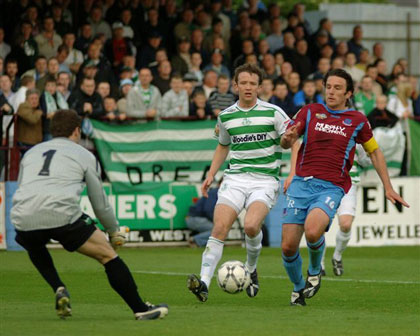 The famous Shamrock Rovers are Ireland’s most succesful club. The Dublin team play in the League of Ireland and made it to the group stages of the 2011/12 Europa League. They were founded in 1901.

Playing somewhere in the depths of English non-league football, Aylesbury play in green and white and in the early 1990s had a hooped shirt. 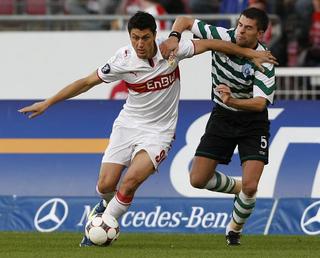 Cherno More are a football club in the top “A Grupa” Bulgarian league formed in 1945 through the merge of FC Vladislav and SK Ticha. The club play in green and white hooped tops and socks with black shorts and an away kit consisting of blue and white stripes with blue shorts and socks. “Cherno More” is Bulgarian for Black Sea, with Varna the largest of the sea’s coastal towns.

In the 2008-09 uefa cup the club almost pulled off a shock against VfB Stuttgart in the first round of the competition. With 79 minutes gone in the second leg, the score stood at 0:2 (2:3 on aggregate) in favour of the Bulgaria side. Late goals however from Thomas Hitzelsperger and Mario Gomez ultimately saw the Germans go through with a 4:3 aggregate victory. 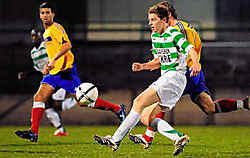 K.R.C. Mechelen is a Belgian football club from Mechelen in the Antwerp province. They play in the Belgian Third Division B. 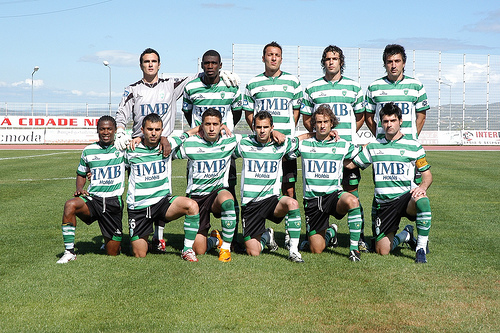 Sporting Clube da Covilhã is a Portuguese football club, located in the city of Covilhã, which is considered one of the historic clubs in Portugal which used to play in the Portuguese First Division but now plays in the secondary divisions. It is one of the few clubs of Portugal’s interior to have played in the top division. 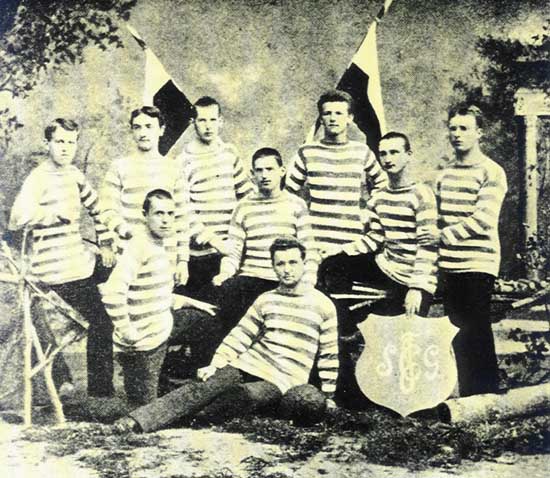 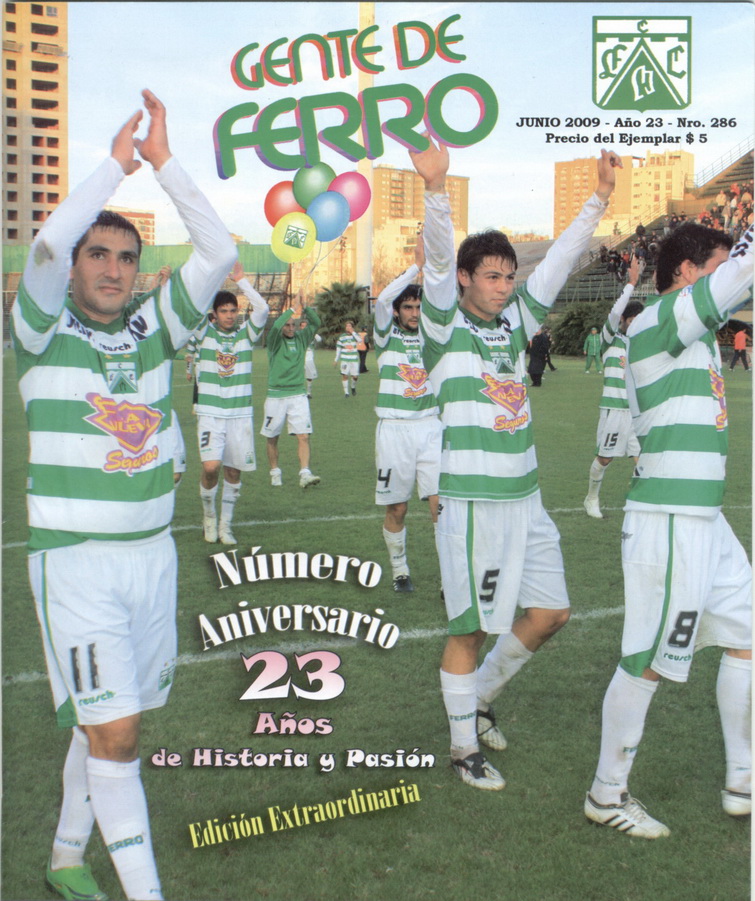 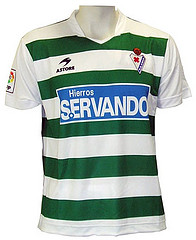 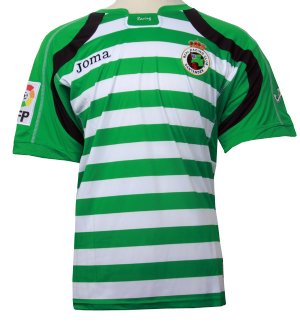 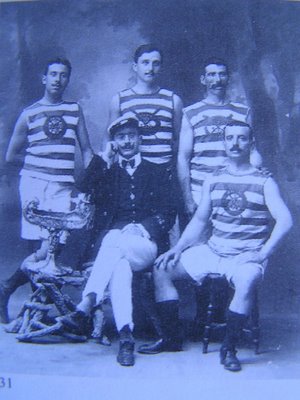 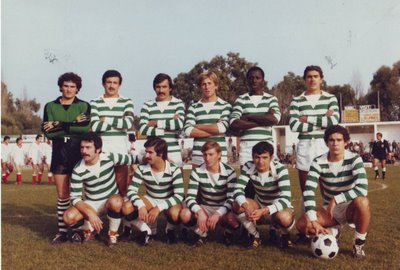 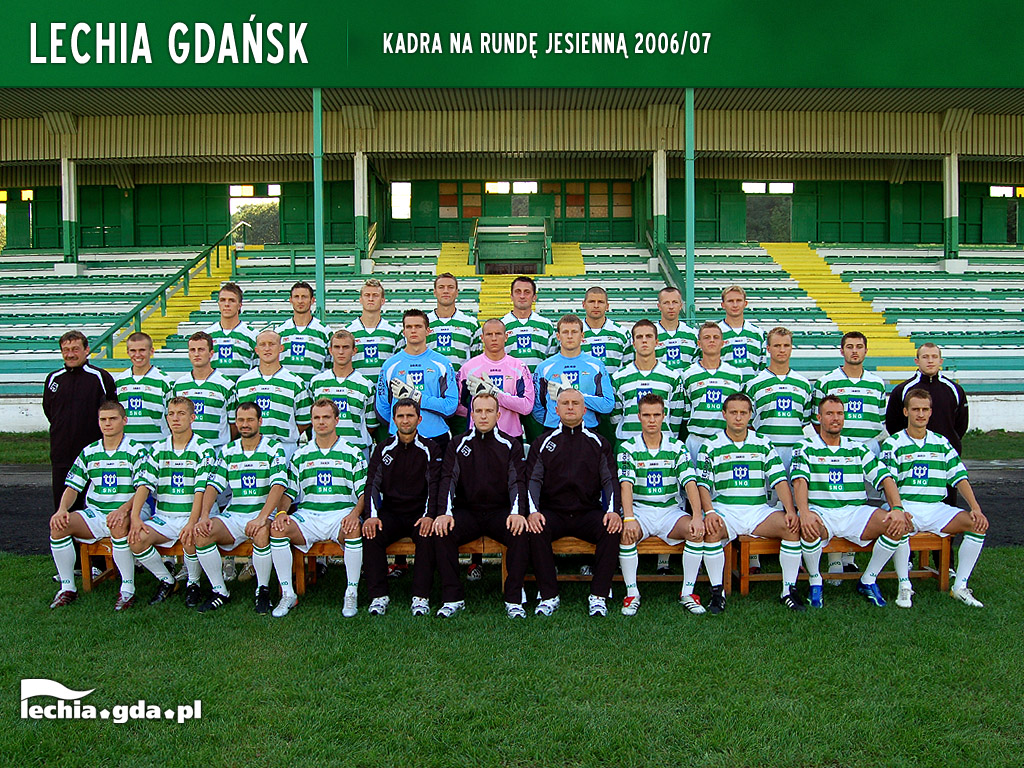 Click above photo for link to the Lechia Wiki site.
Wiki page

THE New Saints are one of the leading clubs in the Principality Welsh Premier League, the national domestic soccer league of Wales.
Immortalised by Sky TV presenter Jeff Stelling – “They’ll be dancing in the streets of Total Network Solutions tonight!” – the club started life in the small village of Llansantffraid-ym-Mechain, south west of Oswestry. The village had a football team for many years, but it was not until 1959 that the present club was set up. TNS won the Welsh league and cup double in 2009-10. 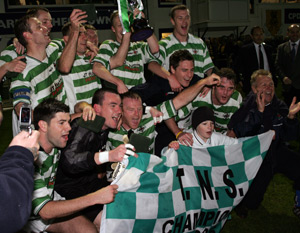 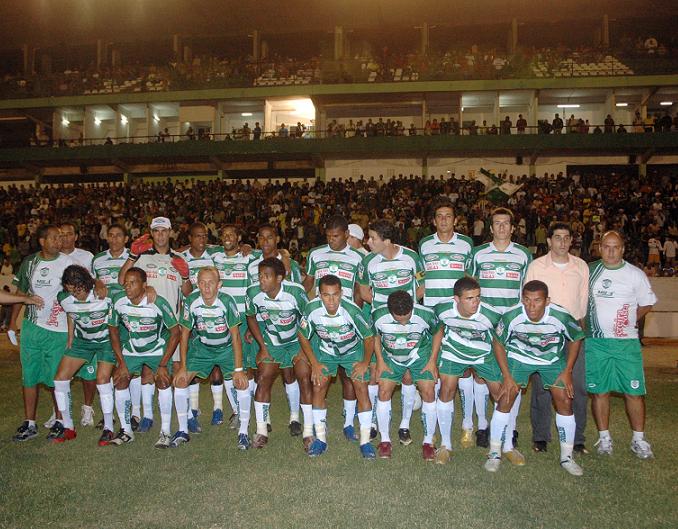 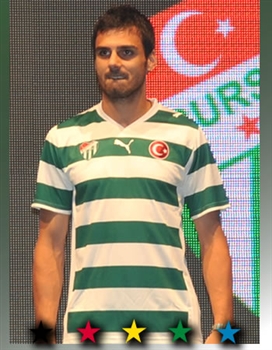 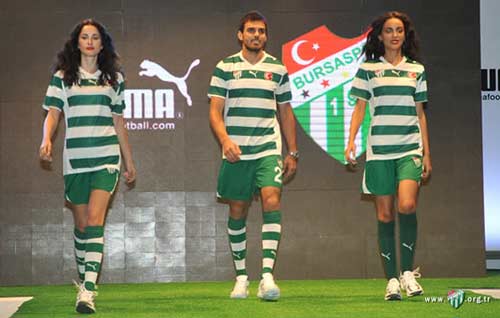 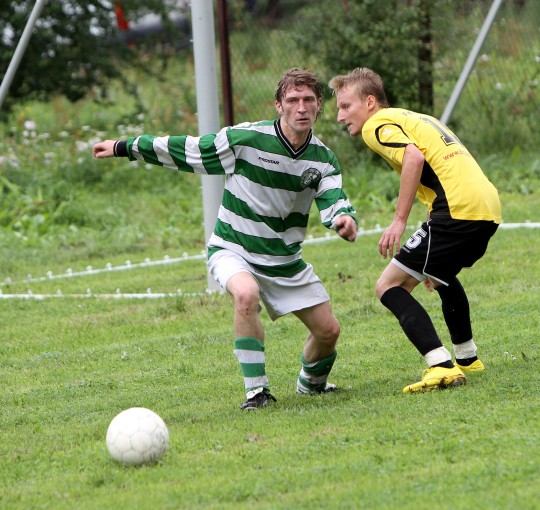 In 2008 FK Alberts won the second division in Vidzemes region (in Latvia second division is divided in to 7 regions), but in 2009-10 FK Alberts finished in 9th place. In their first seasons FK Alberts had gray shirts, then – black, but from 2007 they changed to green/white hoops because of Celtic! 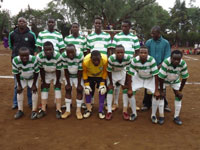 Kibera Celtic Foundation is a registered charity in Kenya and was established in 2008 as a self help programme, linking sport with small business development, AIDS awareness and other community programmes, including health and education. 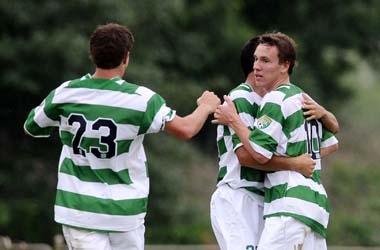 American side St. Louis Lions are based in St. Louis, Missouri and were founded in 2006 by Glasgow-born former professional turned coach Tony Glavin.
Based at the Tony Glavin Soccer Complex in Cottleville the team plays in the USL Premier Development League (PDL), in the Heartland Division of the Central Conference. The PDL is the fourth tier of the American Soccer Pyramid. Official Site 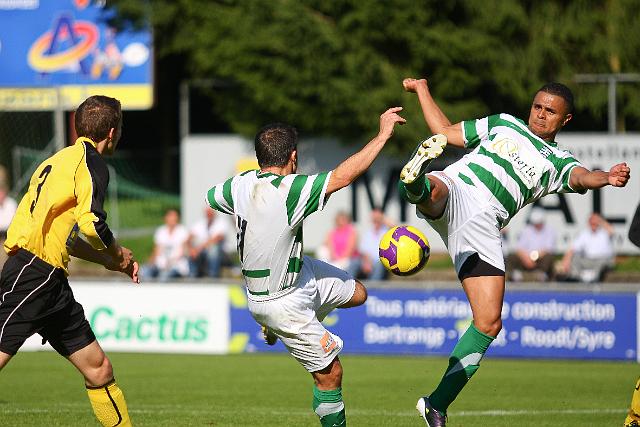 Football Club Union Sportive Hostert are based in Hostert, Luxembourg and in 2011 the club was promoted to the highest tier of domestic league football for the first time in its history. Official Site 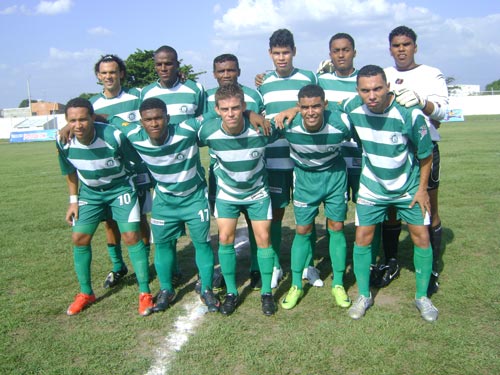 Valledupar Fútbol Clubis a Colombian football team, based in Valledupar. 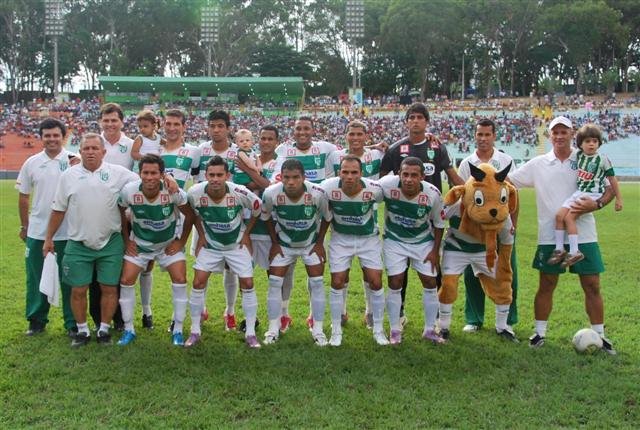 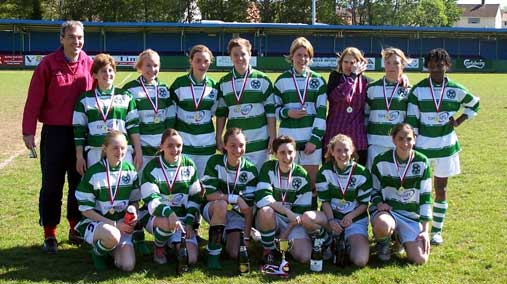 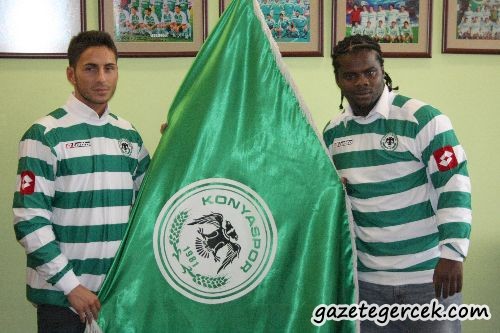 Konyaspor is a professional Turkish football club based in Konya. Konyaspor currently play in the Süper Lig. The club was founded in 1922 but then reformed in 1981. The club colours are green and white and they play their home games at Konya Atatürk Stadium.

Link: http://www.catholicutd.co.uk/
Founded in 1959, Catholic United has a long history of football in Southend-on-Sea. Originally known in the 30’s as Southend Catholic and then later as Catholic Athletic.

Although the words Athletic and Southend have been dropped, what has remained firm and steadfast is the name Catholic and with it the reputation for all that is good in the game.

Back in the 60’s Celtic helped Catholic United by supplying a Celtic Kit when the Club reached the Charity Cup Final.

In honour of Celtics generosity for supplying what became a winning Cup Final Kit it is now written into the Club’s constitution that our club colours will always be the world famous green and white hoops. 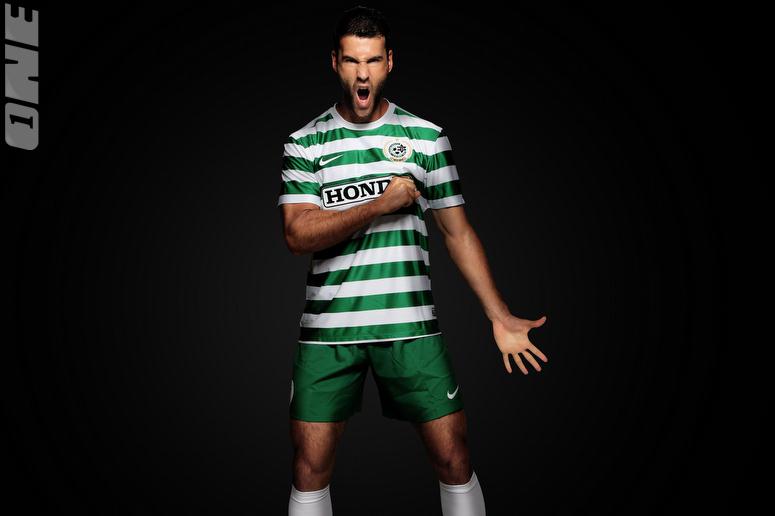