Celtic Park was used as a venue for open air masses on numerous occasions by the Catholic Young Men’s Society (CYMS).

Between the wars the CYMS used the stadium on a fairly regular basis and in 1949 the organisation celebrated its centenary with an open air mass at Celtic Park which attracted 27,000 people.

In May 1954, Celtic Park was again used by the Catholic church (see picture below). This time the Archbishop of Glasgow, the Most Reverend Donald Campbell, lead the Marian Day celebrations. 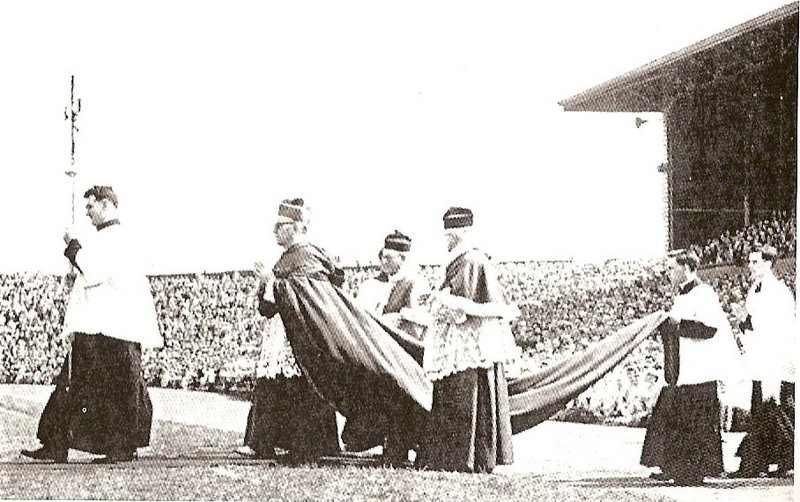 The respect to the clergy was not limited to these events. Groups of clergy, not all Catholic priests by any means, grouped together outside the main stand on match days as the clergy were allowed free admission to Parkhead in the old days and some would be looking to see if they could spot their Parish Priest amongst them. This policy was ended in 1996 in favour of a new scheme to help disadvantaged fans, with Father Tom Connelly jokingly saying:

“We don’t want any privileges at Parkhead. If we took them they might expect extra prayers in return to help them win. Anyway the days of priests having no dough and relying on hand-outs are long gone. The few priests I know who still go can afford to buy season tickets.”

Dunfermline’s East End Park also hosted Catholic masses as recently as the 1960s. Perhaps needs corrected, but we believe it may have been a religious celebration for the feast of St Margaret of Scotland [TBC].

A large service from 1958 was captured on camera.

Description: Celebration in Celtic Park, Glasgow, to mark the centenary of the first apparition of Our Lady of Lourdes.

Article on the end to free entry for Priests at Celtic Park.
July 1996 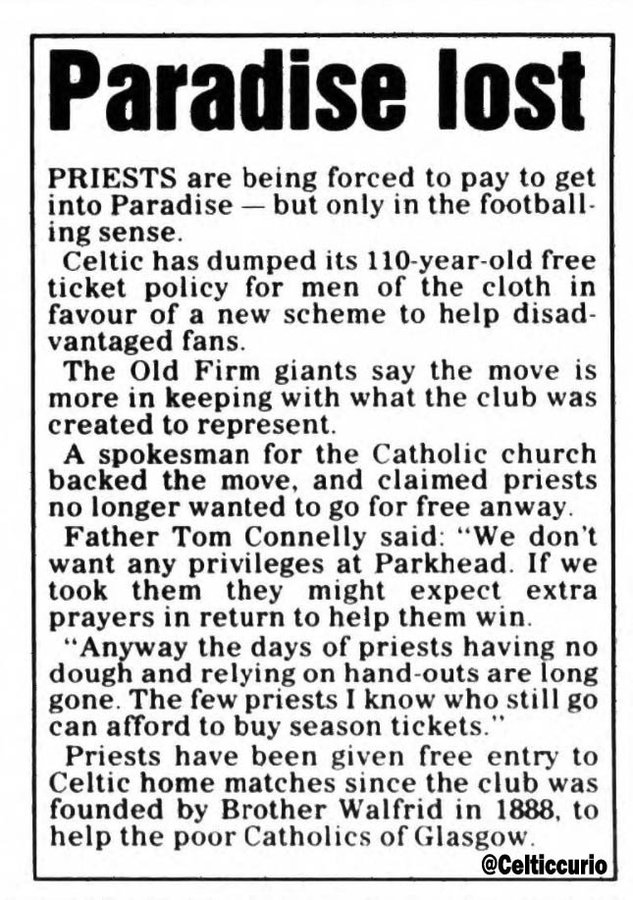