In 1990 Celtic revealed plans for the possible redevelopment of Celtic Park. The White/Kelly board of the time were under increasing pressure to provide a team and stadium the support could be proud of. Failing on both counts they continued to explore various possibilities with regards to the stadium.

Eventually the board would infamously decide on a proposed relocation to a site in Cambuslang which would ultimately prove pivotal in their eventual downfall. But before that fiasco the club unveiled basic proposals for building a new stadium on the site of Celtic Park. Ironically these plans were not too far removed from the stadium eventually built on the site following the Fergus McCann led takeover.

The plans were revealed in the Celtic View of August 29th 1990 with further details published in November that same year. The proposed new look stadium was dubbed in the press as 'Parkhead des Princes' – a reference to the close resemblance with the famous Paris stadium and home of PSG, Parc des Princes. 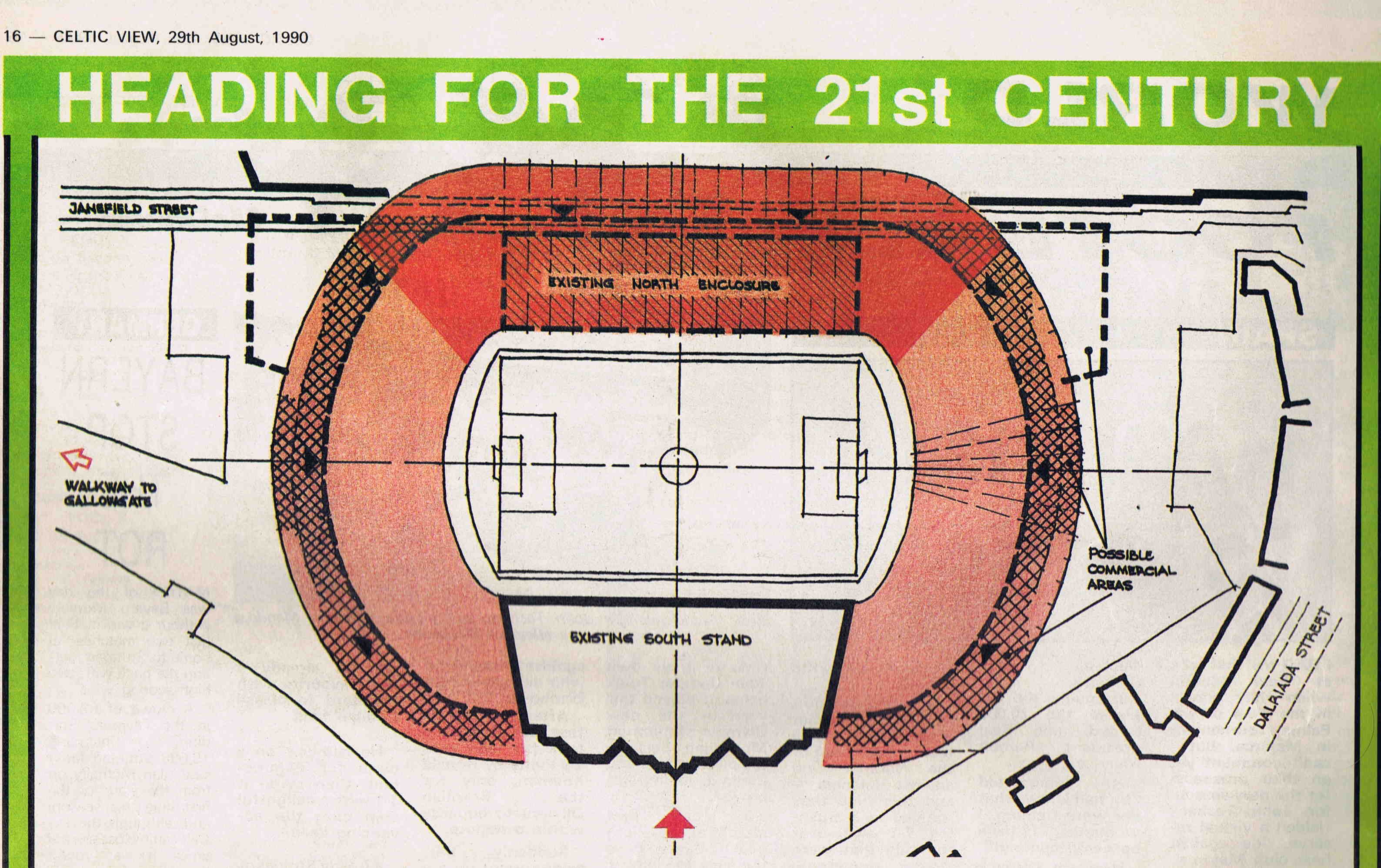 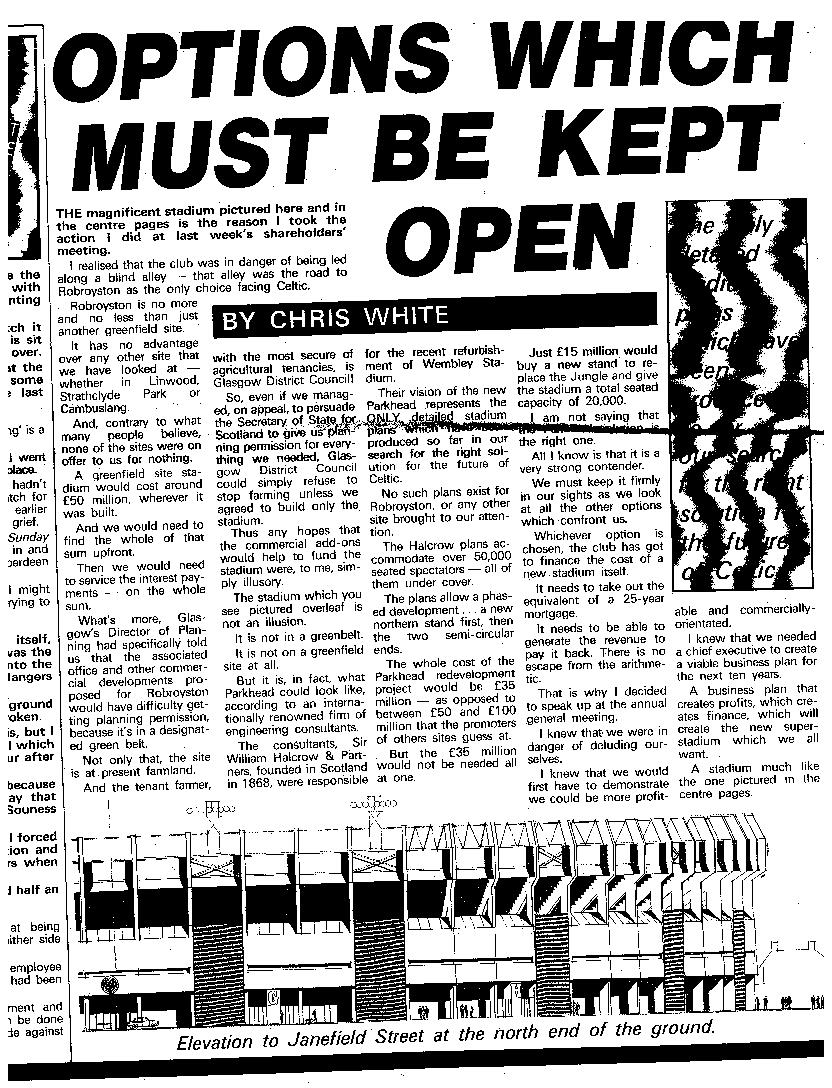 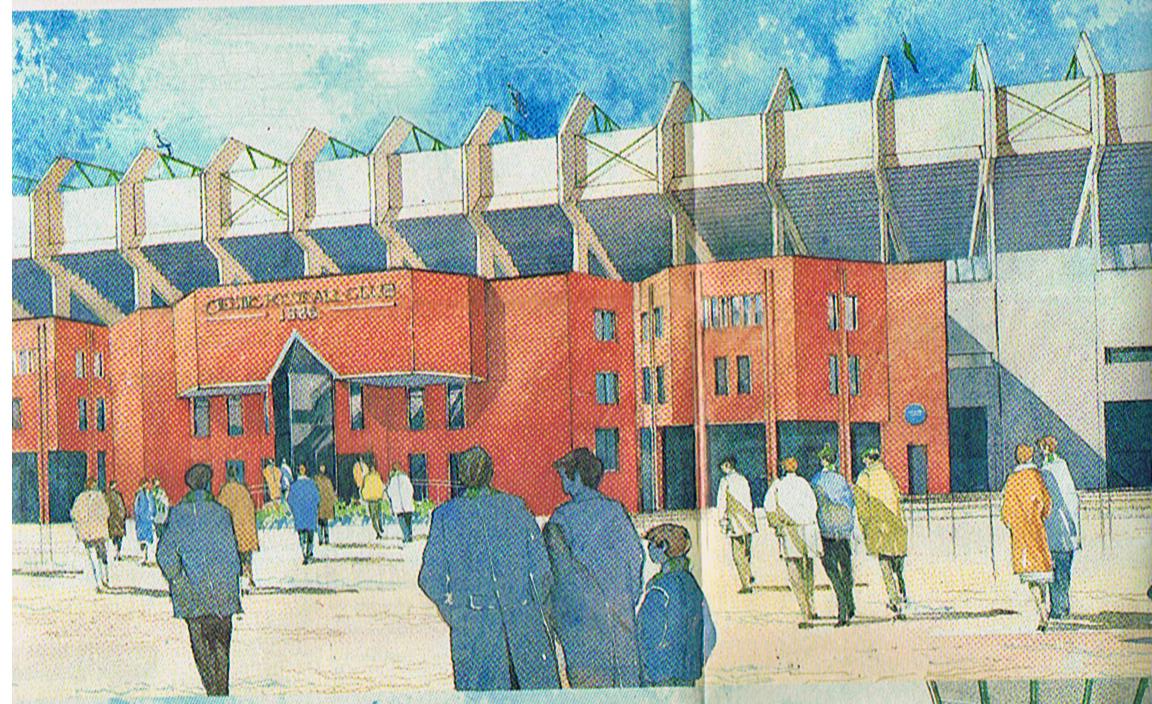 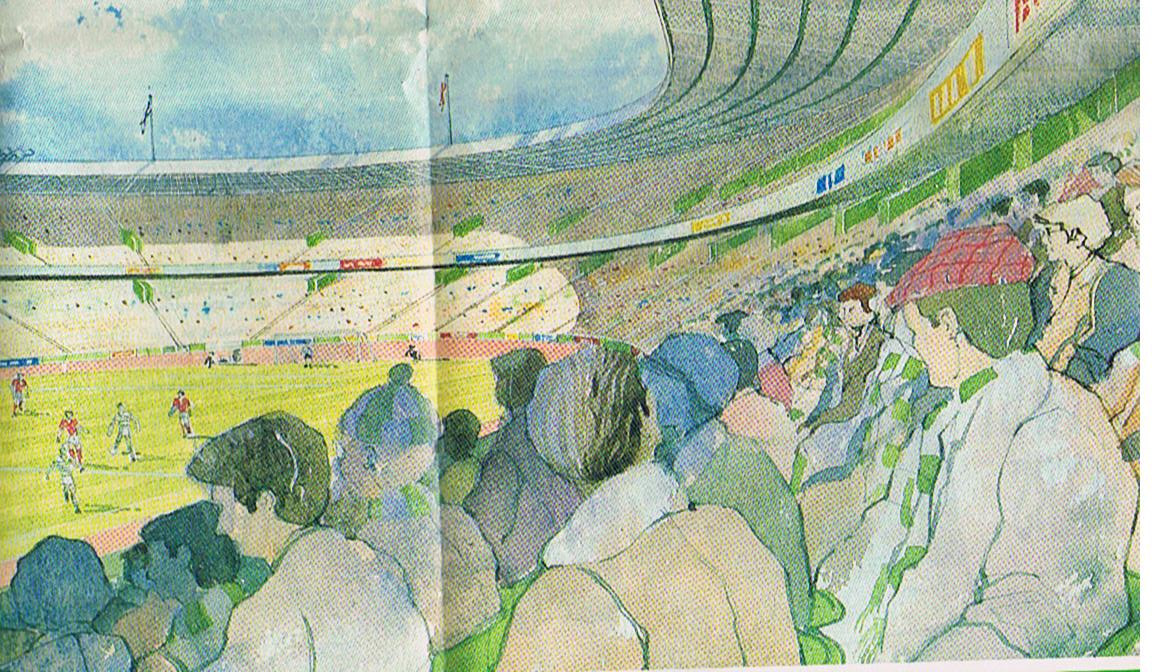 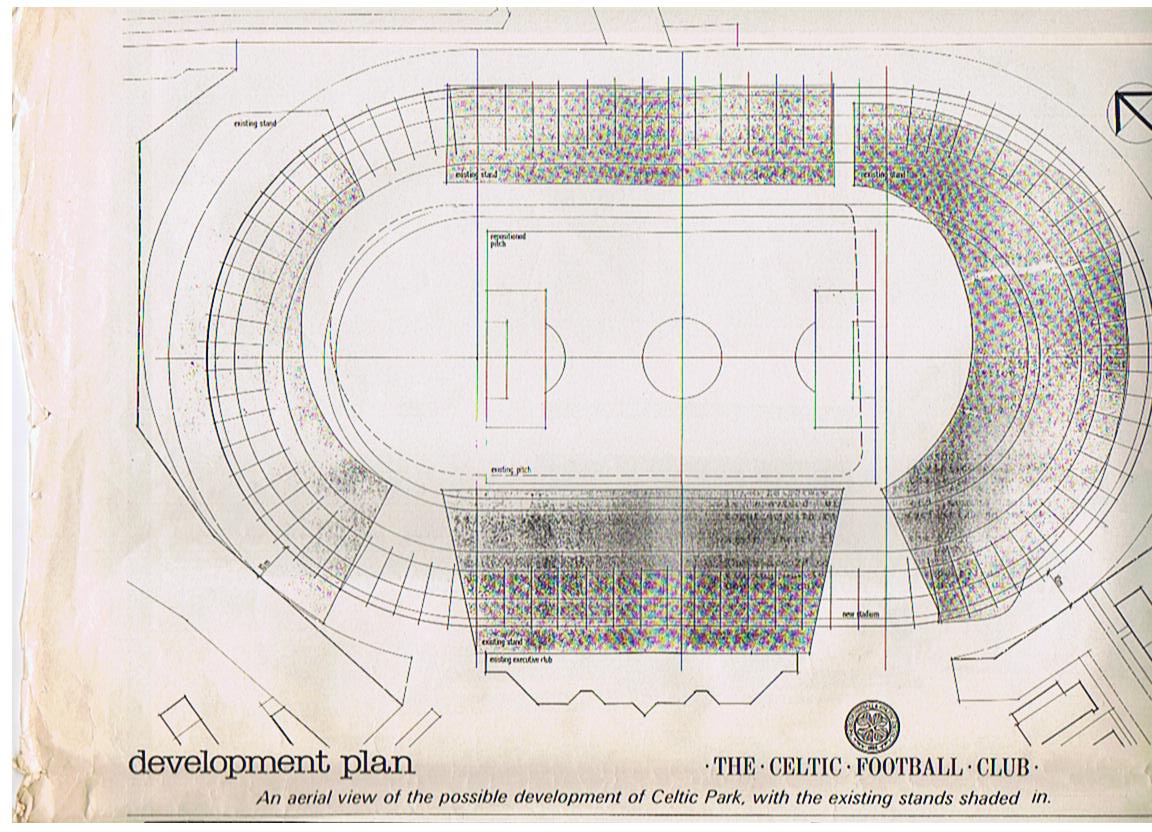