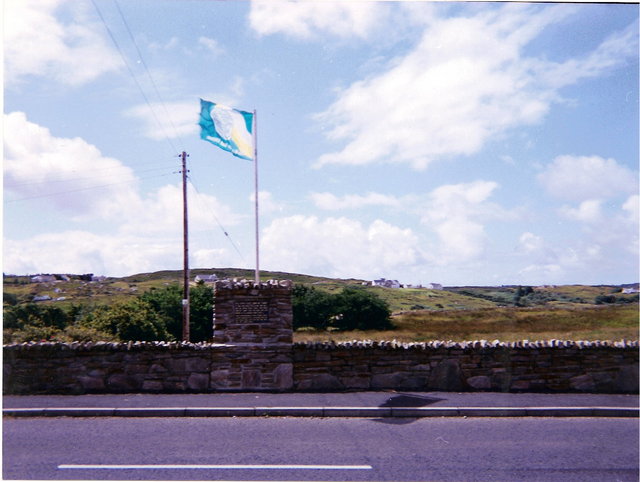 A small but nonetheless historic moment in Celtic history occurred on the evening of April 10th 1995 in a small field in the tiny Donegal townland of Mullachdubh, in the beautiful Rosses region.

Hundreds of people from across the Celtic heartland that is Donegal gathered to witness members of the Rosses CSC cut a sod of turf to be laid in the centre circle of the newly revamped Celtic Park. Local Fife and drum bands marched to the field accompanied by hundreds of Celtic fans and the local parish priest who blessed the turf.

The sod of Donegal earth then travelled with 50 supporters from Gweedore and the Rosses on a bus to Glasgow. To ensure the sod made it to Parkhead in good health the grass was watered in Larne. The party was met at Celtic Park by Fergus McCann, along with Donegal’s own Packie Bonner and other Celtic Officials.

The Sod was carried through the corridors of Celtic Park, down the tunnel and onto the new playing arena. Once at the centre circle a simple but poignant service was held and the turf planted in the heart of Celtic Park.

This ceremony echoed one which took place back in 1892. Then Irish patriot Michael Davitt laid a piece of shamrock sprinkled turf in the centre spot of Celtic Park to mark the opening of the ground at its present site. 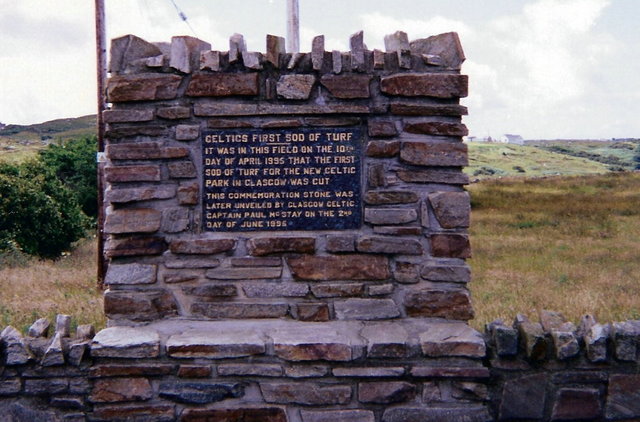 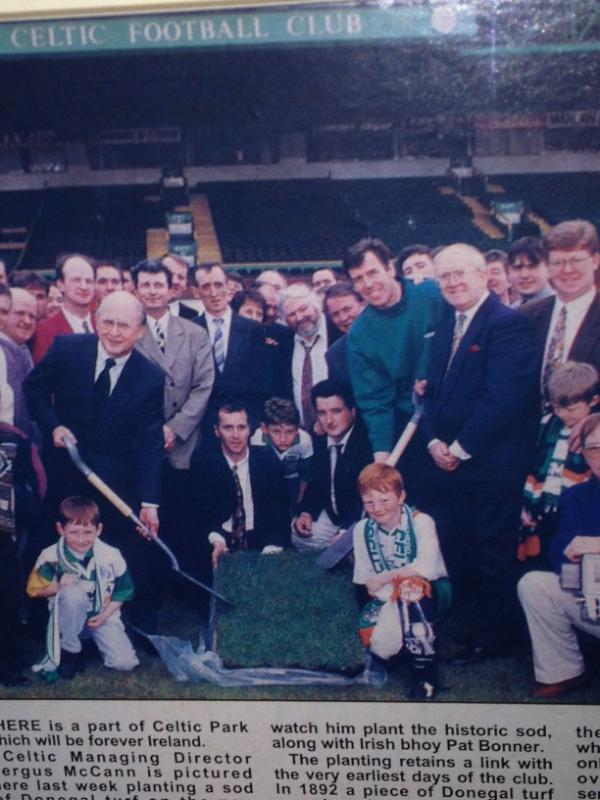