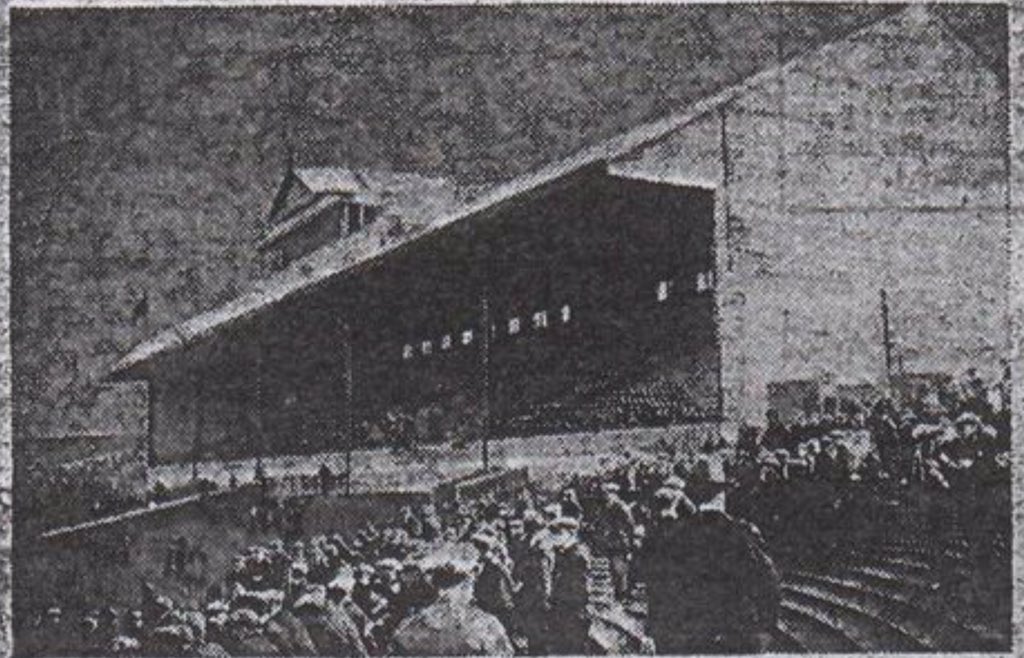 After many vague rumours and false announcements, it will be gratifying to most people to know that the date for the opening of the Celtic new stand has been definitely fixed for today (Saturday) week. The handsome structure, as is patent to all who have visited the “Paradise” within the last week or so, is rapidly nearing completion. In view of the opening, therefore, a few particulars as to design and construction may not be out of place.

The new stand has been designed to supply a long felt want for higher class accommodation than has hitherto been provided for the followers of the popular game of football in Scotland, particular the ladies, and has been constructed to the design and under the personal supervision of Messrs. Wylie and Black, civil engineers, 134 St Vincent Street, Glasgow. In designing the stand the engineers have given attention to the matter of imposing as few obstacles as possible in the way of the spectators having a uninterrupted view of the game, consistent with the stability of the structure, The length of the stand overall is exactly 231 feet 2 inches, the seated portion measuring 210 feet 6 inches by 46 feet, the breadth over stair being 52 feet 10 inches.

The press box — an important feature in the structure — surmounts the main building, and is intended to accommodate 60 persons, the measurements being 45 feet 2 inches by 12 feet. Connected with the press box is a telegraphic department. The highest point of the structure is 72 feet from the pitch. A private stair had been constructed for the telegraph and press departments, which has no communication with the rest of the stand. The entrance to the stand is from the east side, and it has been so arranged that the entrance and exit can be made without being subjected to the crush which spectators entering by the other gates have of necessity to suffer. A carriage drive is also being made, and a new roadway leading into London Road. The whole structure is placed over the heads of ordinary spectators, and rests on massive iron columns, placed in four feet square of concrete.

Coming again to the interior of the stand the seats, numbering 2,000, are upholstered in the best American leather, The windows in the front are fixed with specially made slides, and at will lifted bodily into the roof out of sight. Excellent lavatories have been constructed at both ends of the pavilion. These are fitted up in the latest and most approved style. In every detail the comfort and well being of the ladies have been well looked after. At either end of the pavilion emergency stairs have also been erected. The whole presents a most comfortable and inviting appearance, and is a credit to the designer — to be seen to be appreciated.

So much has been written in praise of the stand that it is scarcely necessary to say more than that it comes up to the expectations of the directors, who are well pleased with the structure. And well they might be, for they have formed a precedent in grand stand erection which it will be difficult to beat. They can now congratulate themselves on being one ahead of ant club in the kingdom in this matter, at least.