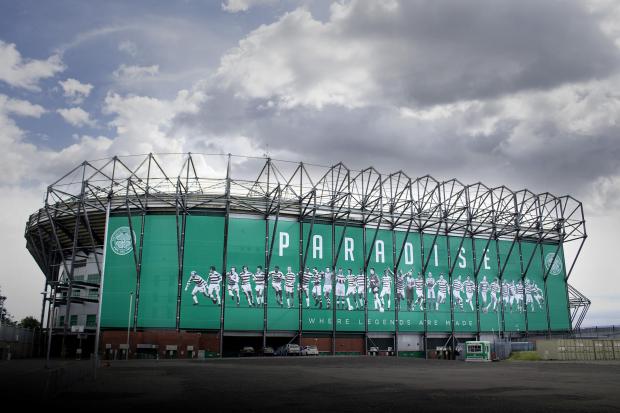 Over recent years, Celtic Park and the surrounding areas had heralded a huge transformation, which even for someone how had last visited the area only say five years before hand would have been astounded to see the differences.

Gone was the old school, and many of the old housing, to be replaced by the Sir Chris Hoy Velodrome and The Celtic Way walkway, which gave the stadium a befitting and modern feel as you approached it.

Possibly one of the greatest additions of the time were the unveiling of the statues to Br Walfrid, Jimmy ‘Jinky’ Johnstone and Jock Stein.

However, this only provided a glimpse of the history of the club, and after all the discussion of who should next be unveiled for new statues, the club surprised everyone with the Stadium Banners.

These Stadium Banners were an evolution on the large drop down banners which were intermittently unveiled at the front of the stadium to recognise certain events or figures.

In June/July 2015, the club took this idea one giant leap forward and unveiled a set of massive Stadium Banners that draped across the whole stadium as can be seen in the picture to the right.

This display, pictured a cross-section of the wonderful players and characters who have graced the Green & White Hoops since the club’s inception, and have helped to build the mystique of the club. It truly is an aspiring site.

The best part is probably that the large display and ‘Paradise’ sign can be seen from afar even into the city centre, so annoys the Zombies.

Over the years, we expect this to further evolve, and for any visitor who comes to Celtic Park now, they will have as wonderful a time touring the ground and its surrounding as much as watching any of the play on the ground.

Officials at Celtic Football Club have decorated the facade of their iconic home ground with a design that wraps both ends of the venue and stands 21 metres tall and 202 metres long.

It features 58 of the club’s most famous players including current captain Scott Brown, Billy McNeill, Henrik Larsson and Jimmy Johnstone along with words; ‘Paradise – Where Legends Are Made’.

“We are delighted with the sensitivity and thoughtfulness of the design while being awestruck at the sheer scale of it,” said Celtic’s head of marketing and multimedia, Kevin McQuillan.

“Celtic is one of the major brands in world football and our stadium development shows the esteem in which our players are held and their value to the club’s heritage.

“The fans’ response to the new look of Celtic Park has been magnificent.

“It was vital that we could produce something that they could be proud of and applying ‘Paradise’ – how our supporters commonly refer to Celtic Park – quickly became central to the project.”

The design was created by Frame, a Glasgow-based creative marketing agency, and will be admired by the thousands of supporters who arrive at the stadium for Wednesday night’s Champions League qualifying match against Stjarnan of Iceland.

“We’re immensely proud of our local community,” said McQuillan. “We’ve seen an incredible regeneration project transform the look of Glasgow’s east end in recent years and Frame has helped us ensure that Celtic Park is one of the most striking landmarks in the area and something the city can be proud of.”

Frame is in its second year working with the Parkhead club.

“The inside of Celtic Park is recognised and revered throughout world football and we wanted to help make it unmistakable from the outside as well as visible from far and wide,” said Keli Mitchell, client services director at Frame.

“The new branding really captures the spirit of the club and the people who’ve made it special over the years, we’re delighted to have played a part in bringing this to life.”

Frame’s final design was supported by international sports artist, Jim Scullion. Scullion has been involved in producing artwork and design for Celtic for 30 years.

“It was an honour to be asked to play a part in a project that I knew would be loved by the fans of a club I’ve supported my whole life,” said Scullion.

“Younger fans may not be so familiar with the achievements of the likes of Sandy McMahon, Jimmy Quinn and Jimmy McGrory, but it is magnificent that the club has chosen to recognise their achievements alongside the other greats who have proudly played for Celtic.”