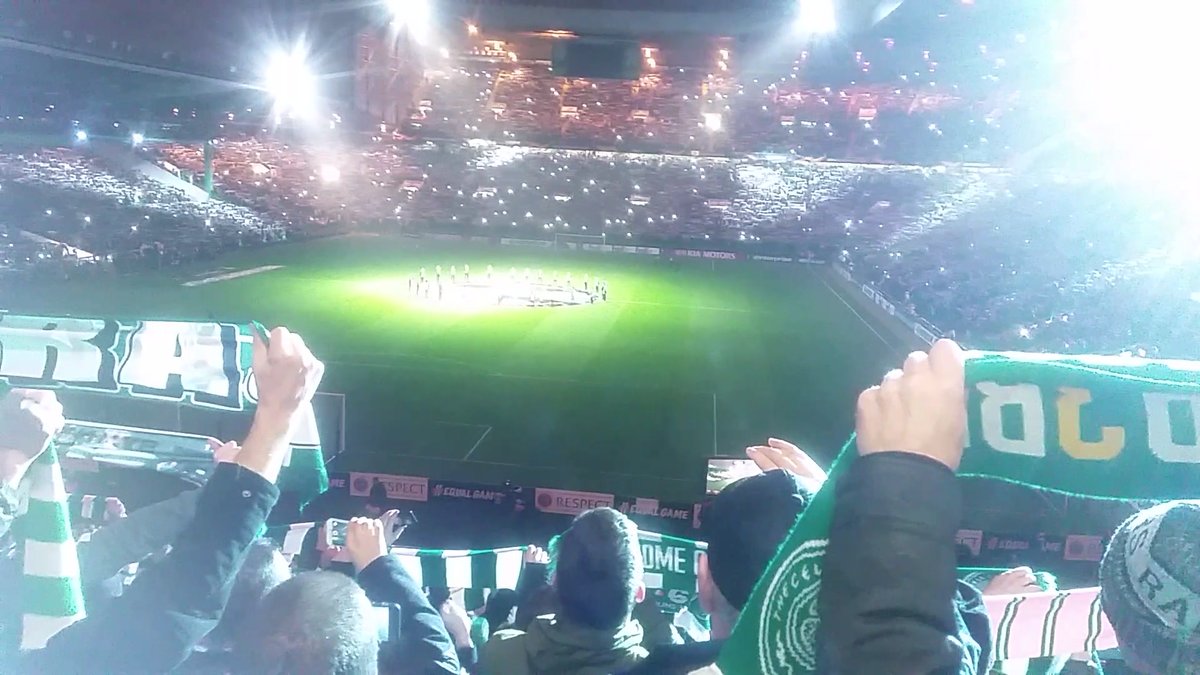 In 2018, Celtic opted to install some stadium light display technology. Prior the light displays had been done by the general support (using their flashlights on their phones) with some exceptional fan-generated displays created going viral (see Light Displays by the Supporters).

Clubs like Bayern Munich had pioneered the displays, and for European nights it seemed another selling point to everyone to attend to help ramp up the experience and atmosphere, and the cost at around £2.5m to the club to set up wasn’t cheap but an investment.

Installed in time for the Champions League matches in season 2018/19, the first big problem was that Celtic didn’t actually end up qualifying for the group stages. So the big platform for display across all media wasn’t going to be available. Not surprisingly, there were supporters who started to jump up and down complaining the money would have been better spent on players etc and would have got Celtic into the Champions League so priorities were all wrong (and so on….).

Anyhow, they were in place, and the first big display came in the then vital UEFA Cup match in the group stages at home to RB Leipzig on 8 Nov 2018. It was outstanding, and pictures of the displays were cast all over the globe (benefiting form being on a Thursday so the mega clubs weren’t mostly playing that night, and a fine Celtic win). The opposition manager even admitted their team was caught out by the atmosphere, and so the display added to everything to help the first team out.

Not all appreciated it sadly, with some claiming childishly that it was ‘cringy‘ whilst the BBC Off The Ball radio show then did a “What do you hate most about modern football” call-in on the back of it. The whole display set-up was in its infancy at Celtic park, and would evolve. The worst of the complaints could be just parked for the moment.

In fairness, some complaints were valid as atmosphere at grounds (especially at Celtic) has been best led by the supporters, and so the stadium light displays if they are to work best should be done to compliment or be in conjunction with supporters singing & displays, and not to squeeze them out.

With long summer nights, these displays are limited in the calendar year for usage at Celtic matches, but when on they will build up and be a great intrinsic part of the Celtic match experience. Simply, let there be light!

Chris Sutton blamed Celtic’s board and its failure to get their priorities right this summer for the Hoops’ Champions League exit. The former Celtic striker ranted to lead commentator Rory Hamilton about work done away from the first-team squad. Referencing the installation of LED lights at Parkhead over the summer, Sutton criticised the use of funds on what he called “disco lights”, saying:
“Celtic have spent £2 million on disco lights for Champions League nights and they’re not even going to be there.”
(from TheScotsman Aug 2018)

Light Display as from the Away End Corner 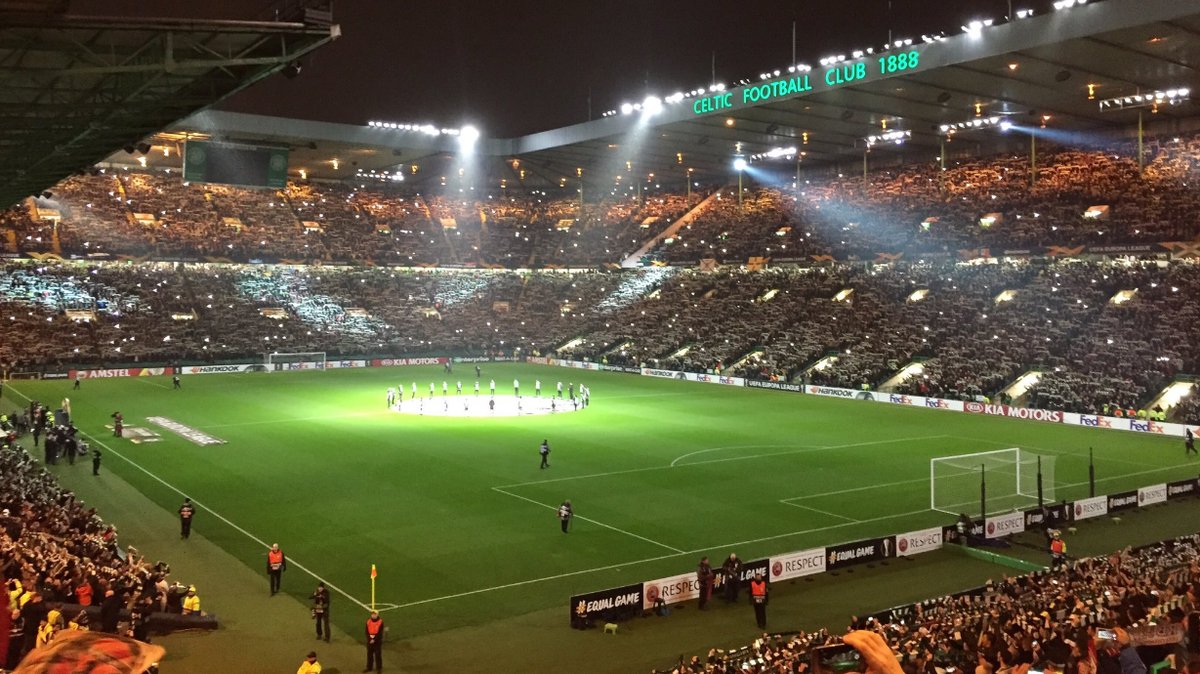 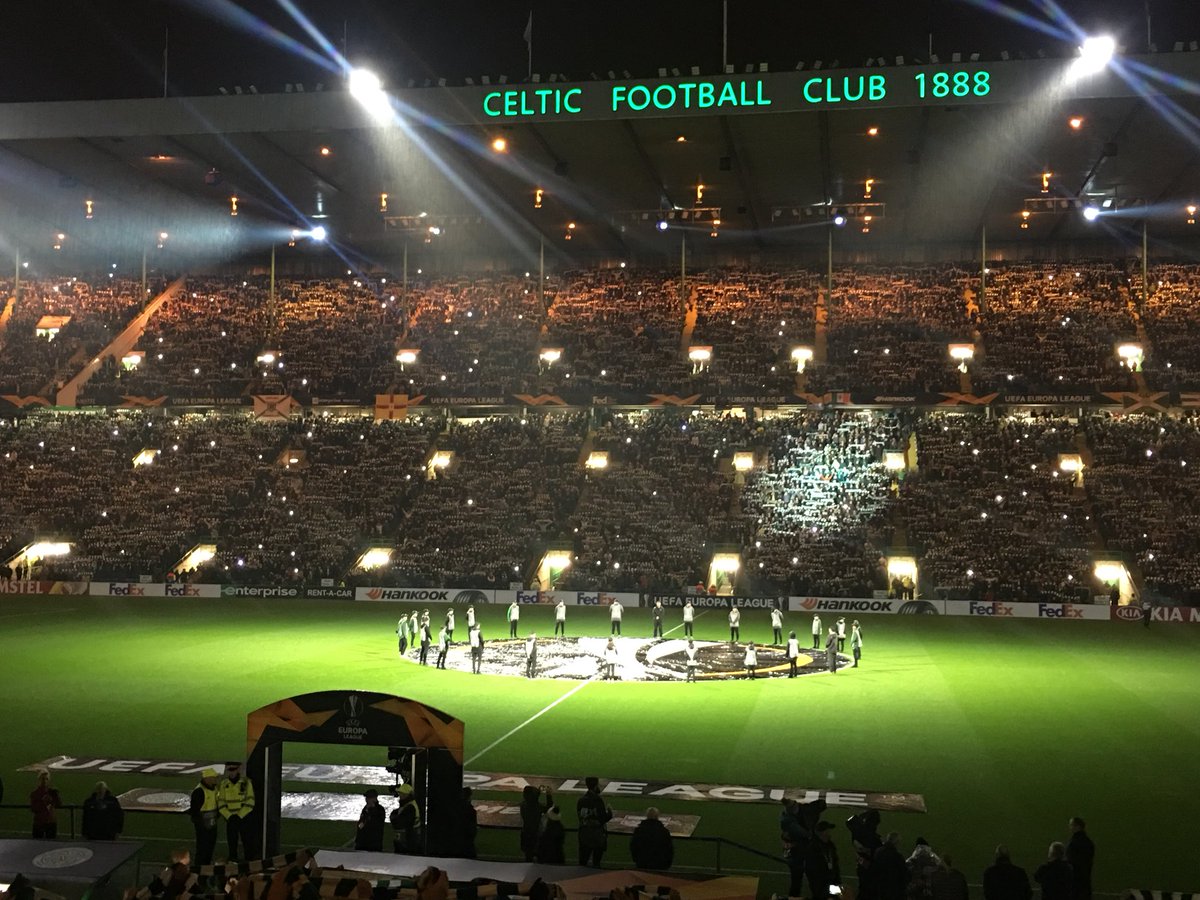