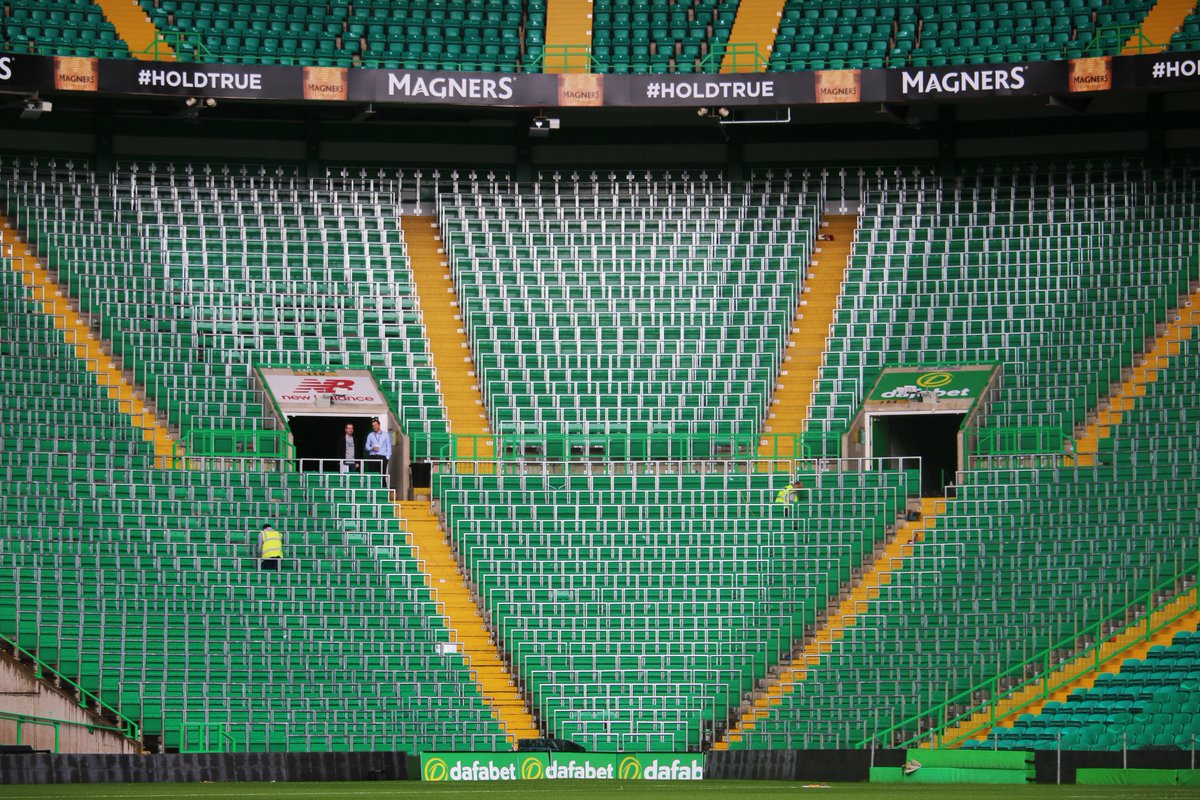 The reintroduction of terracing at Celtic Park was a very welcome amendment to the modernised stadium. Replacing the seats in Section 111 of the Celtic end corner of theLisbon Lionsstand, it was an ideal spot where the Green Brigade had made their adopted home and had proven themselves adept at creating atmosphere and noise.

Modelled on the German club system for a dual terracing seating system, it was an ideal compromise structure for allowing standing. It was a long-time success in domestic Bundesliga games, allowing for quick conversion to seating for European matches. There were noises for many years arguing for their adoption to grounds in the UK.

As we all know, at plenty enough games (in away matches at least) fans routinely stand throughout matches making seating redundant and counter-productive. Younger fans in particular will enjoy the new set up and begin to understand all the hoopla that their older generations have been waxing on about when they got all rosy-eyed about the old Jungle terracing.

Many at Celtic had bemoaned the loss of the terraces, and the drop in match atmosphere was a consequence of the actions. Terraces allows people to move around, jump about and more easily congregate with your friends rather than be fixed in a set seat.

The opening of the terracing was an emotive subject. Only recently to the reintroduction of the terraces, Liverpool fans had finally obtained justice following years of campaigning for the Hillsborough disaster, which ultimately led to the mandatory all seater stadia, with invitations accepted by respective campaigners who were present as guests of honour at a recent match.

Scotland was always going to take the lead for any reintroduction in the UK, and Celtic became the first club in the top tiers to reintroduce terraces post-Hillsborough. It was to be one for the fans to prove themselves, which was easily going to be done regardless of any past dramas between the club and the Green Brigade ultras.

Anyhow, the terraces were back and long may they remain.

“Celtic Football Club tried it, liked it, kept it”
Alex Thompson @alextomo on Channel 4 news on Celtic’s reintroduction of terracing to Celtic Park.

Celtic Standing Ahead Of The Curve

July 2016
http://celticunderground.net/celtic-standing-ahead-of-the-curve/
Saturday saw the unveiling of the first standing section at a top-level football ground in the UK in over 20 years. For understandable reasons Britain has moved away from standing at major sporting events since the tragedy at Hillsborough. The Taylor report however did not specifically criticise standing as a major contributor to that disaster. Indeed one of the tragedies of that day was that it was in line with similar stadium deaths that had occurred in the UK over the previous 100 years of association football with design and layout of the Leppings Lane End allied to police actions being the biggest problem. Despite this, even in the last 6 months we’ve seen some controversy over this safe standing section when a newspaper used old of Peter Lawwell comments in an attempt to create gain a negative reaction from Hillsborough families.

Whilst Britain understandably followed the example of Rangers after the Ibrox disaster and moved towards all seated stadia as our preferred safety solution, the Germans have been championing rail seating and safe standing. In the UK we now have a generation of football fans who have known nothing but sitting at the football. My first football game was in 1974, but I have sat for over half of my life as a football fan. For the majority of fans therefore sitting is how we enjoy attending the game. There will always be some however who would prefer to stand and with standing per say not being unsafe it is surely for football clubs to try to offer supporters the viewing experience they seek?

Celtic should therefore be praised for the work they have done here. The journey to the standing corner began approximately 5 years ago and despite refusal after refusal from Glasgow City Council, the club kept asking for the ability to offer fans the match day viewing experience they wanted. Taylor’s recommendations were not enacted by legislation in Scotland as they were in England and therefore it came down to persuading the Council of the clubs argument in order for the standing section to be approved in a manner where the ground retained its safety certificate. This was granted in June 2015 and now in summer 2016 the standing section is here.

Obviously thinking back to the time when terracing tickets were cheaper than main stand tickets, I saw some asking if season books for here would be cheaper than other parts of the ground. Safe standing is one rail seat per person and therefore capacity is unchanged. Indeed terracing was cheaper because you could fit more people into the same space (unsafely). With infrastructure costs of changing from seats to rail seats, the club could have justified a price increase.

I’m getting too old to stand around and for many standing is of a by-gone time. For others it’s just the thing that football has been missing and for the initial 2,900 with season books in the standing curve, enjoy your new freedoms. I am sure over time the section will increase and Celtic will be seen as the club that kicked off a transformation of British football grounds.