Celtic Park is a magnificent traditional stadium. The atmosphere inside has been nothing less than special on many occasions. However, the external areas had been quite derelict. In true honoured tradition, Celtic decided to tackle this and play its part in rejuvenating the surrounding areas.

In just nine short months in 2013-14, the front of Celtic Park was transformed into ‘The Celtic Way’, a 150m avenue from London Road to the front steps of the stadium that both honours and celebrates the club’s proud history and those who have dazzled in the Hoops.

Initial work began on the project in September of 2013 as the first of over 200 workmen and women prepared the ground for the start of something bold and new. The start of 2014 saw some of the biggest changes as the former London Road Primary School was demolished, following on from the removal of the old ticket office and janitor’s block.

This cleared the way for the laying of 300,000 new bricks and over 2000sqm of turf to be put down, creating a new focal point that only added to Celtic Park’s reputation as one of Europe’s finest football arenas.

The opening ceremony was on 3 May 2014, with Billy McNeill there to cut the ribbon.

It was to be a centre piece entrance to the Commonwealth Games 2014, and a befitting sight for all those who came to Glasgow.

The Celtic Way was a wonderful improvement over the old austere and ramshackle look of old, and gave not just Celtic Park a makeover but gave a boost to the whole area.

Laughably, various Sevco supporters tried to claim and protest that the new Celtic Way was illegally subsidised by public authorities, yet after all the hot air, they couldn’t substantiate a single claim. An expensive investigation by the EU found that all was in order and there was nothing untoward. It was the cherry on the icing cake.

A very proud fine monument to all who have graced Celtic.

CELTIC Football Club is delighted to announce the official opening of The Celtic Way, the brand new approach to Celtic Park which will lead the Club into the future.

The new approach has taken just nine months to complete and has completely transformed the stadium. The Celtic Way, starting from London Road and finishing at the doors of Paradise will provide a new focus for supporters and an access route which they can travel with pride as they approach Celtic Park, one of Europe’s finest football stadia.

This is a significant development for the Club and one which we are sure will be welcomed by supporters and visitors to Celtic Park. And along The Way…

Celtic Chief Executive Peter Lawwell said: “We are delighted to announce the completion of The Celtic Way, something which we feel has transformed Celtic Park and provided a stunning new public realm area for the benefit of our supporters.

“This fresh and modern development is hugely positive for the Club and, of course, for the continued regeneration of the East End of Glasgow, something to which we are totally committed. Celtic Park is one of Europe’s finest stadia and we are pleased to deliver this development, to make this significant investment and to improve the stadium even further for our supporters.

“Celtic is in great shape on and off the field and these changes will allow us to build on these strong foundations and take the club forward once again. We have enjoyed another successful season, becoming Scottish Champions for the third successive season and once again competing in Europe’s greatest tournament.

“Going forward we now aim to once again achieve even more success. We will continue to progress and develop Celtic in the right direction, to show that we are one of the world’s leading football clubs and give our fans a Club they can be proud of.” 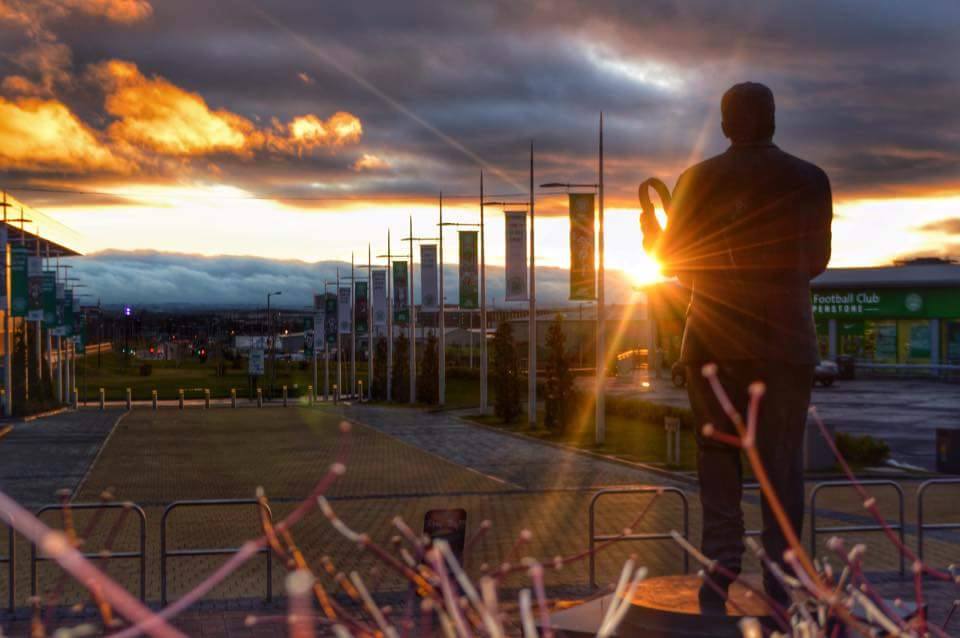