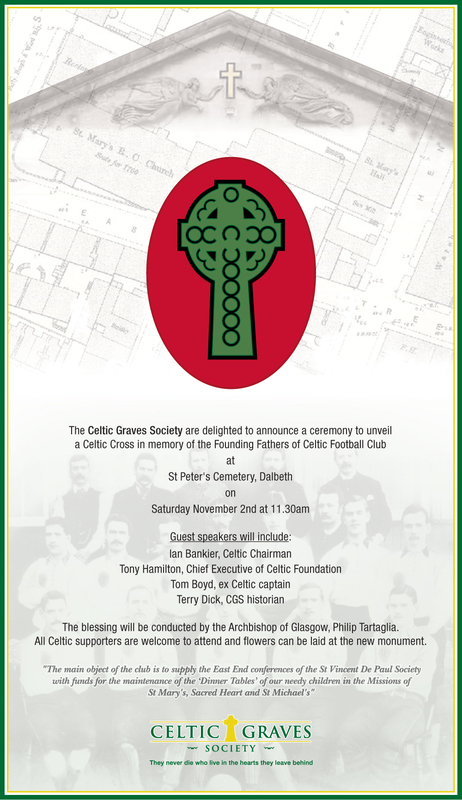 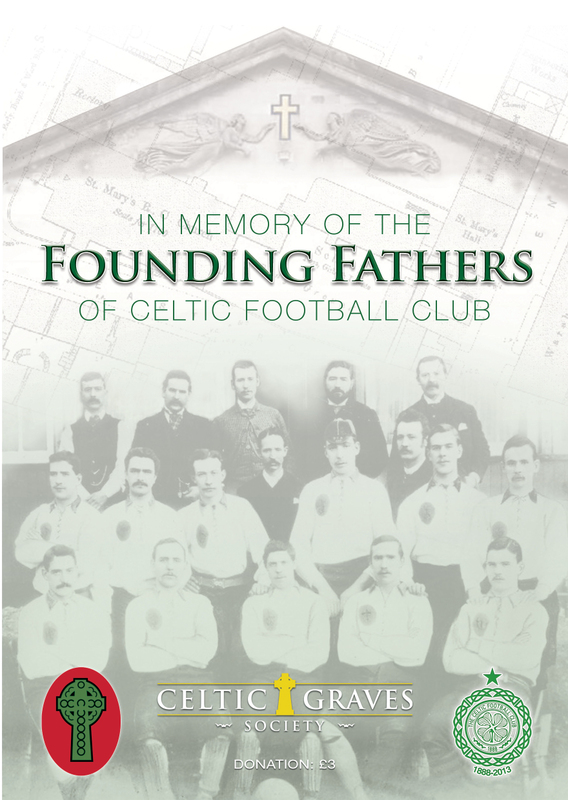 Archbishop Philip Tartaglia blesses the Celtic Cross unveiled in memory of the founding fathers of the club. 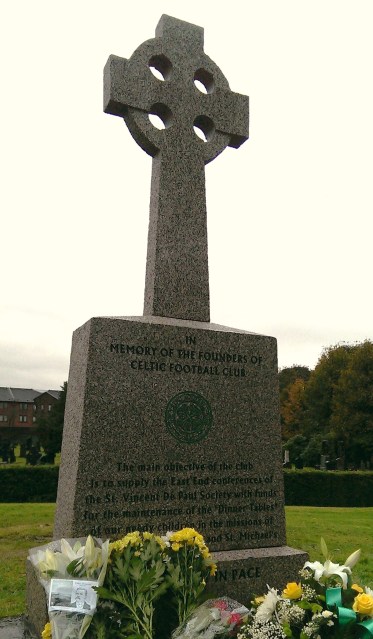 By: Paul Cuddihy on 02 Nov, 2013 12:52 HEAVY rain did not deter around two hundred supporters from gathering at St Peter´s Cemetery, Dalbeth today (November 2) for a special ceremony organised by the Celtic Graves Society to honour Celtic´s Founding Fathers.

A specially-commissioned Celtic cross was blessed by the Archbishop of Glasgow, Philip Tartaglia, and will stand as a permanent memorial to the men who founded Celtic Football Club back in 1887. The Celtic Cross is cut from Mourne Mountain granite from Ireland, in honour of the founding fathers and in recognition of the Club´s roots.

After a welcome from Brendan Sweeney of the Celtic Graves Society, Celtic chairman Ian Bankier spoke about the honour in being asked to the event. And he read out a letter he wrote, imagining what he would say to the Founding Fathers about how the club they started126 years agois now a success on and off the field.

Celtic FC Foundation CEO, Tony Hamilton, explained how the charitable roots of the club remain as strong today as they were back in the late nineteenth century, highlighting the recent Stiliyan Petrov Charity Match and the backing given by Celtic supporters last weekend to Greater Maryhill Foodbank as examples of the ongoing commitment to charity of the club and its supporters.

Former Celtic captain, Tom Boyd spoke about his pride in being lucky enough to have lived the dream and worn the green and white Hoops as a player, while Graves Society historian, Terry Dick, delivered a majestic speech about Celtic´s formation and the conditions into which the club were formed.

The event was concluded with prayers and a blessing from Archbishop Tartaglia.

Celtic boast of being ´more than a club´, and it is no idle boast. No other club could, on a cold and wet November morning, gather so many supporters in a cemetery to honour the men who founded their club.

And just a few days short of the anniversary of Celtic´s foundation on November 6, 1887, it was a fitting Celtic Graves Society event to acknowledge the debt we all owe to the men with the vision and courage to form a football club in the East End of Glasgow to raise funds ´for the maintenance of the ´Dinner Tables´ of our needy children in the Missions of St Mary´s, Sacred Heart and St Michael´s.´