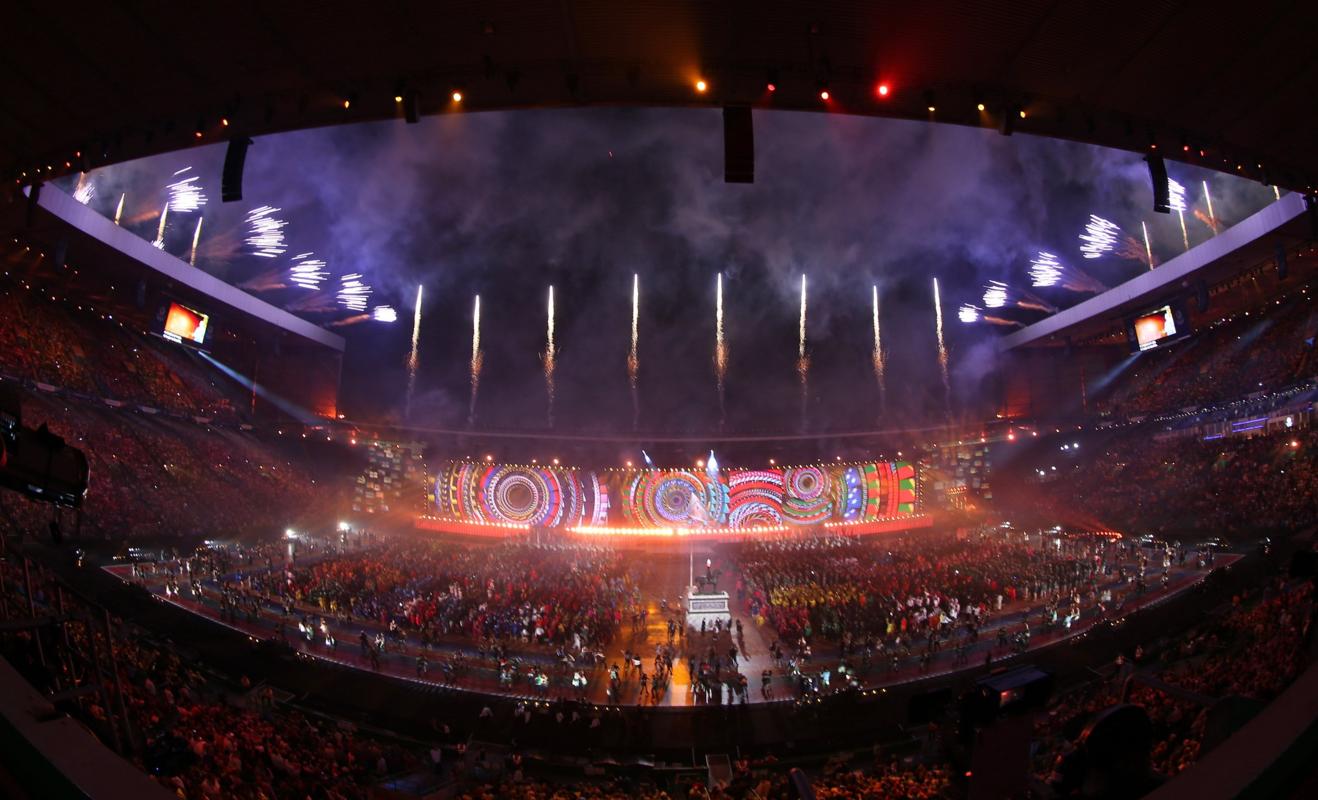 Glasgow won the rights to the Commonwealth Games for 2014. A great honour for the city, and followed in the footsteps of the much lauded London Olympics in 2012 which were widely held as the best games ever. The Commonwealth Games is nowhere near as highly rated but has its charms and is still a mass event.

Celtic Park was given the honour to host the Opening Ceremony, and after much refurbishment of the surrounding areas (e.g. knocking down derelict London Road Primary School and the opening of the new ‘Sir Chris Hoy Velodrome’ [cycle racing] across the road), the city was ready to host the games.

The area around Celtic Park and the arena’s was re-branded as “The Stadium District” which was served by a redeveloped Dalmarnock railway station and a new road – the Eastern Regeneration Route (ERR). The first stage of the ERR opened in the spring of 2012 and connected Celtic Park to the M74 – providing an impressive new approach to the stadium and sweeping right past the rear of the Jock Stein Stand.

The night did not disappoint with much pomp and colour. The stadium was redone with then Europe’s biggest screen installed which was the length and height of the entire Main Stand. Over 40,000 had the privilege to see the ceremony in person, and an estimated 1billion got to see the whole event live on TV. The name Celtic Park was emblazoned for all to see, with plaudits coming from everywhere.

Dignitaries and media stars from across the world, including the Queen, were present to give the whole event a lift. The night saw fireworks, airshow flybys, light shows and all the great show stoppers. Also must have been the first official “God Save The Queen” sung at the stadium as well for many a year. Everyone loved the spectacle, and the athletes were proud of the event put forward for them.

Tongan boxer Lomalit Moala had expressed his love for Celtic, after watching them beat Barcelona in 2012, and was given six tickets to the Reykjavik match on the previous Tuesday. In return, the Tongan athlete went one step further, appearing at the opening ceremony wearing a Celtic home jersey with his whole entourage joining in the fun.

Only headache was that due to the Games, Celtic had to play their home matches outwith of Glasgow, so Celtic games were being held at Murrayfield (Edinburgh).

One of the great celebratory nights for Celtic Park, but also for Fergus McCann without whose foresight this great stadium would never have been rebuilt in the special way it has. The honour is all his. 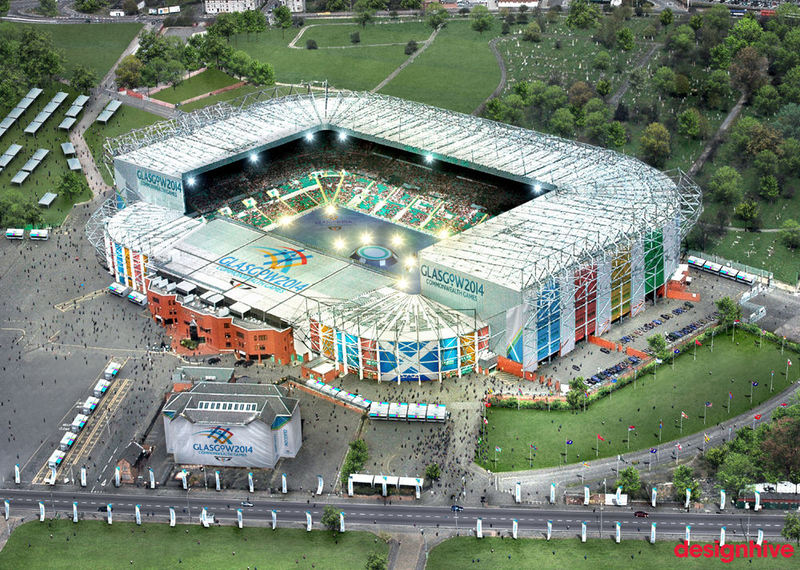 For the Glasgow 2014 Commonwealth Games, Celtic Park will serve as the site for the Opening Ceremony, where athletes from throughout the Commonwealth community will celebrate their journey to the Games and officially begin their 11 day quest for victory. Celtic Park is located immediately adjacent to theAthletes’ Village, making it ideal for the athletes attending the Opening Ceremony in the stadium. Celtic Park, owned by the famous Celtic Football Club, was built in 1892, but was completely redeveloped and upgraded by 1999 to provide one of the finest football venues available in Scotland and the United Kingdom. The stadium has a current capacity of 60,000 seats and is noted for providing a spectator arrangement that brings the audience close to where the action is happening.