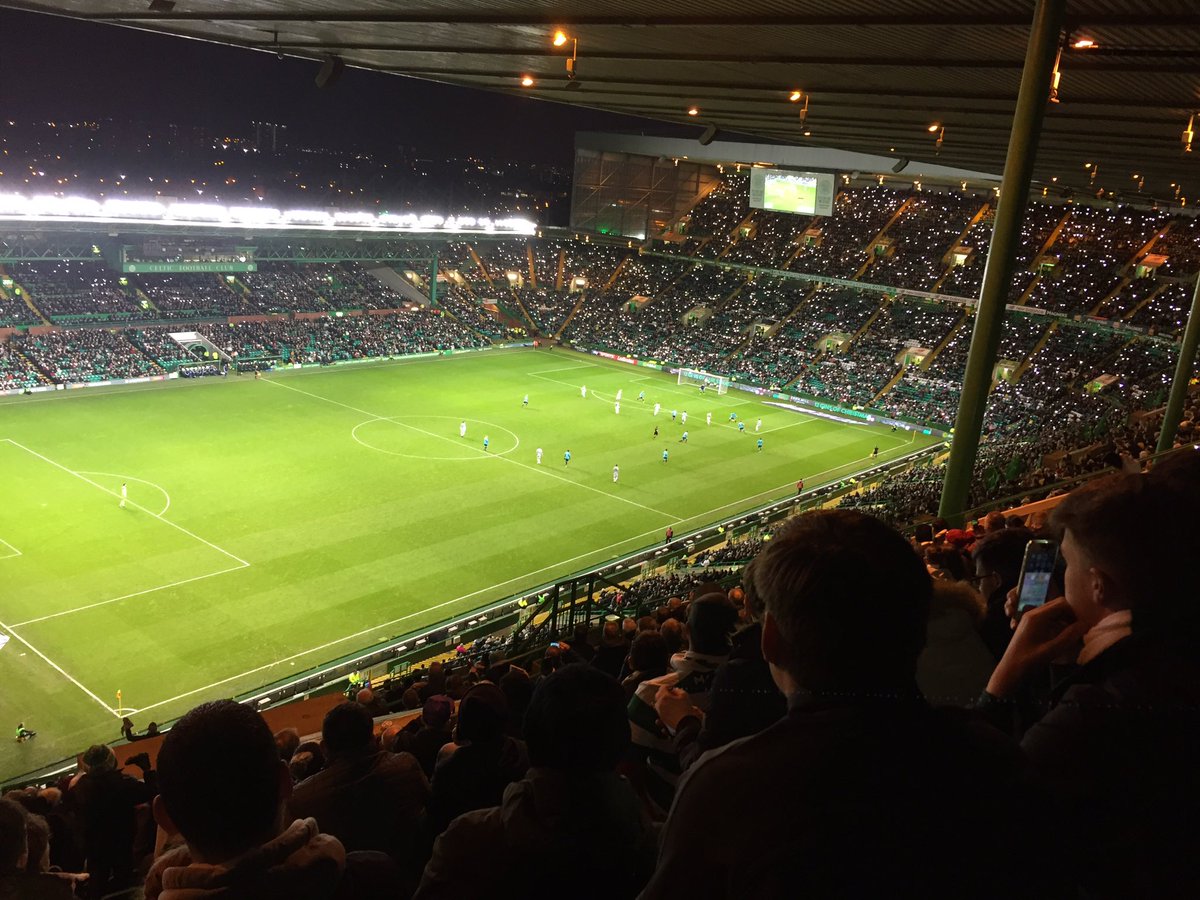 These displays are a modern development, which follows on from earlier displays that weren't uncommon at either political rallies or music concerts where people held up candles for symbolism. Whatever the impact, it could be quite a display, and caught on but not really at the football grounds.

With the proliferation of mobile phones, and later the camera phones, this all morphed from candles to the more technical camera flashlights available on smartphones (using flashlight apps), and from there it entered the football sphere.

At Celtic, the earliest mass usage was actually by the Green Brigade Ultras who in response to their claims of harassment from authorities and stewards (from over zealous filming of their section by police and other authorities) used to do a mass camera flash lighting display from their Section directed at the police and stewards to highlight & satirising the issue. So carrying on the political overture of the lights displays.

On a more positive note, season 2016-17 was an important season. It was the 50th anniversary of the Lisbon Lions European Cup victory, and to celebrate there was a hope to get some mass fan involvement, and the Celtic lights display just fell into place.

Begun in the Green Brigade section (as all else seemed to have become the case), on the 67th minute of matches there was a cross-support lights display from those in the Green Brigade section using camera flashlights (as below), whilst the 'Celtic 1967' song was heartily sung. It was impressive and spread across the support in the ground, and when done in unison by all the fans, it was quite a sight and sound to behold. Wonderful atmosphere and incredible gesture. Looked good as it went viral on the social media sites. 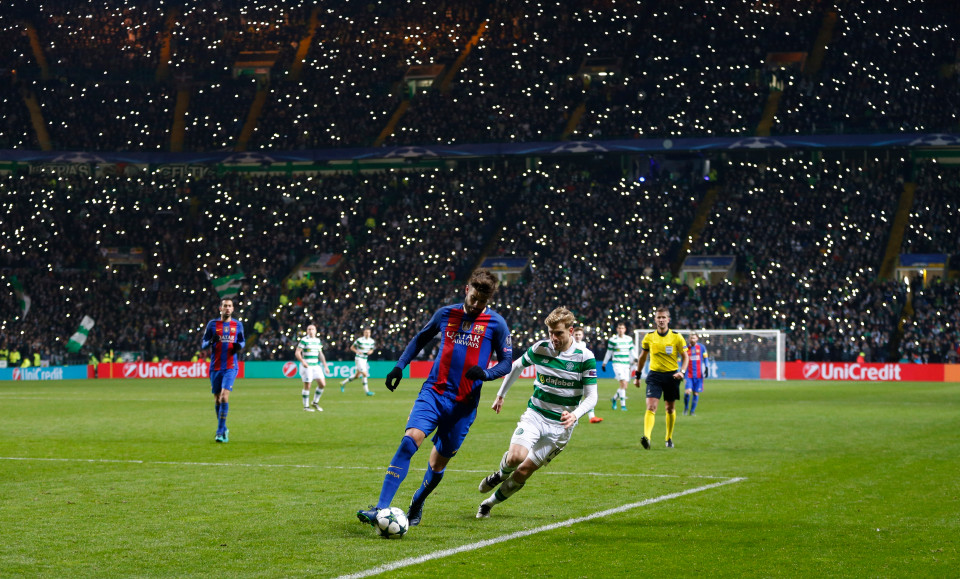 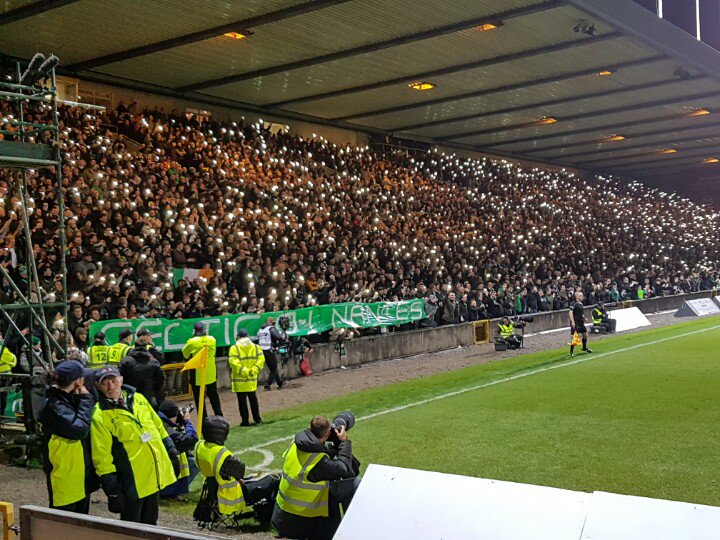 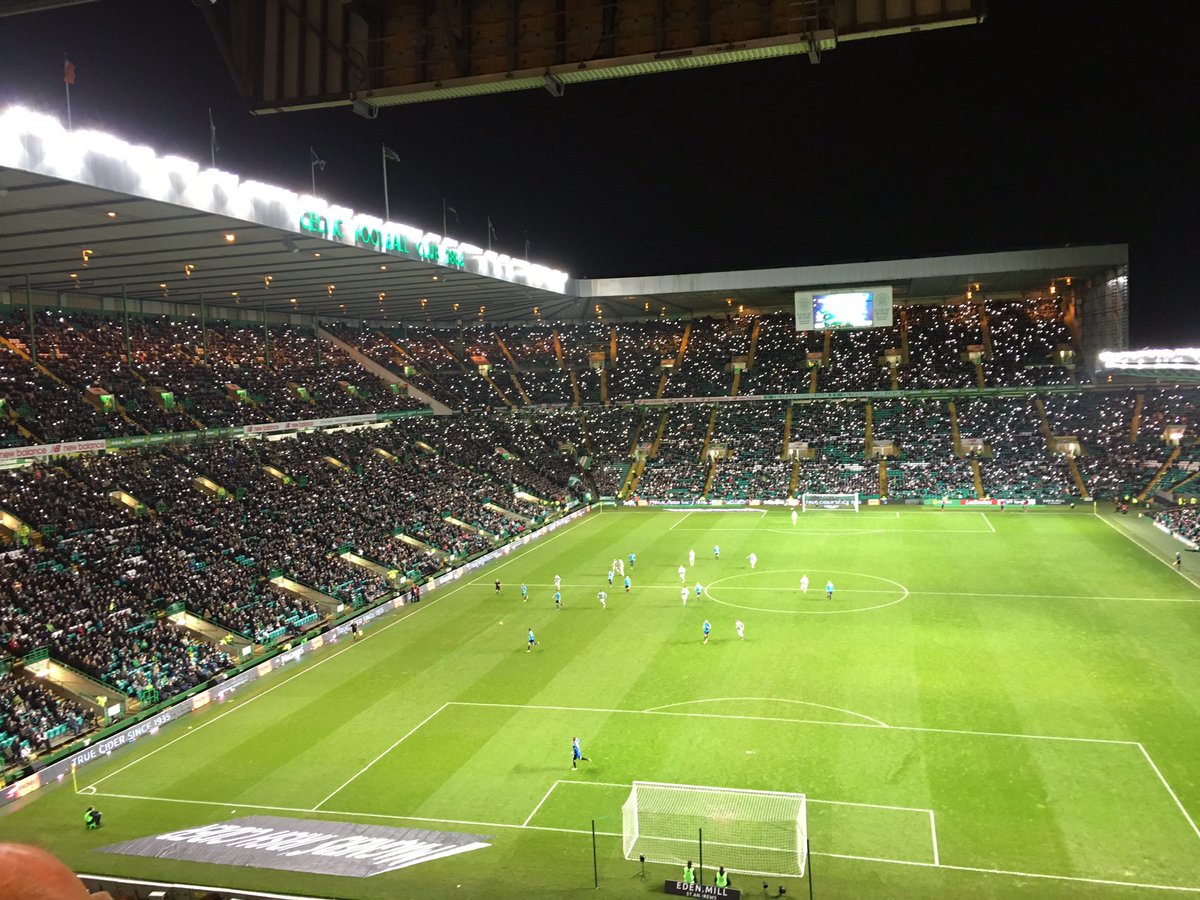 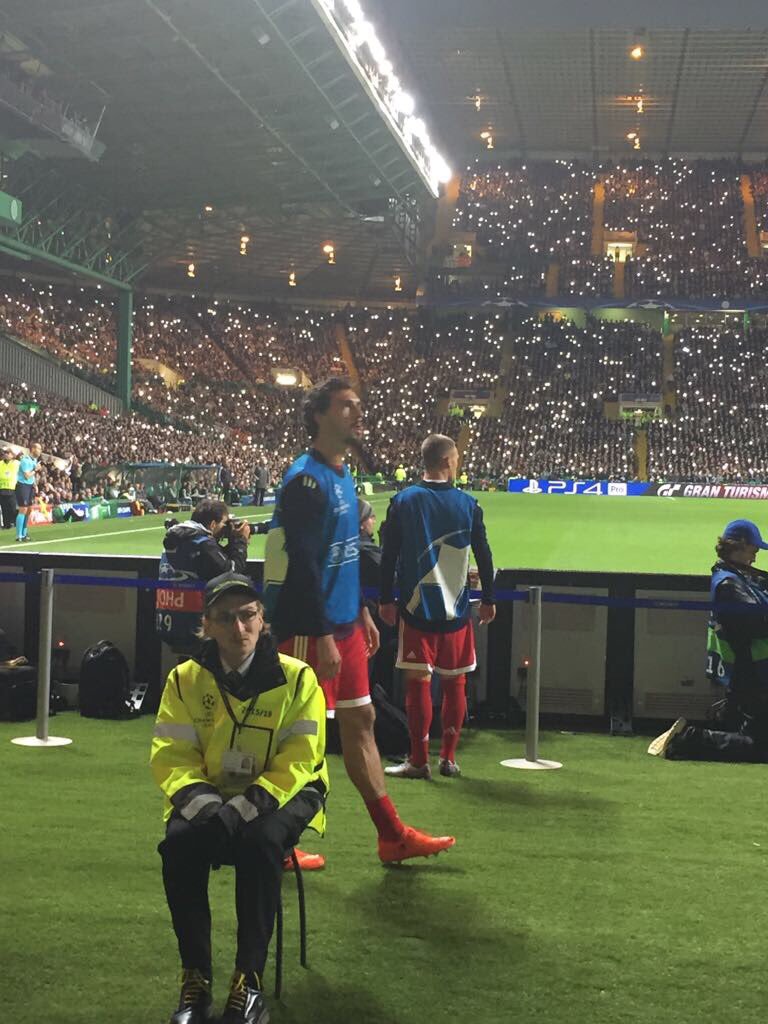