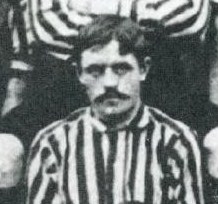 Hugh Clifford was an accomplished centre-half who joined Celtic from Stoke in May 1892 (apparently joining ‘illegally’) after previously spurning the advances of the Bhoys first time round when a Carfin Shamrock player.

He was suspended for his return to Scotland to play for Celtic as it was deemed an ‘illegal‘ transfer, suspending him from English football for two years

Into the next season, he made a handful of first team league appearances across the season, and saw his place in the team given to Tom Dunbar. It was a fine season to be with Celtic as the club went on to with their first league title, winning by one point ahead of Rangers. Included a 1-0 victory away to Leith Athletic when Clifford had to step in when Dan Doyle failed to turn up.

He left to rejoin Stoke in September 1893.

Retained by Stoke from Celtic for 1893-94, he played in their first game but then no more because in September 1893 he was suspended by the FA and asked for an explanation of playing in the close season (with P.Dowds), summoned to a committee meeting at the FA in Oct 16th 1893.

He is credited with having advised Celtic to think about a young Sandy McMahon at Hibernian, who as a colt was ungainly to eye but a dream to play with. A wonderful move as Sandy went on to become a Celtic great.

Hugh Clifford was brought in to fill the gap left by the departure of the peerless Peter Dowds to Aston Villa in May 1892. He was in the Celtic side that played Stoke on November 7th 1892 billed as “The Greatest Team on Earth” (yet lost 5-0).

When you look back at his career, Hugh had a ‘successful‘ travelling career with appearances for Hibernian, Derby County, Carfin Shamrock, Stoke, Manchester City, Motherwell and Carfin Rovers and was signed with Liverpool with no first team appearances.

He hung up his boots in 1896 but then returned for a short stint with Carfin Rovers.

Football was in the family blood. His son, Sam Clifford was also a footballer and played like his father at half back. He was with Hamilton Academicals for two years between 1914 and 1915.

Hugh Clifford’s grandson, John Clifford (an outside left with Our Lady’s High and Carfin Harp) joined Celtic in November 1949 but never played a first team game. 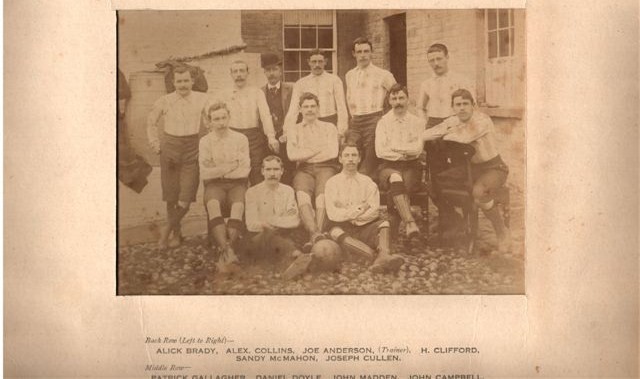 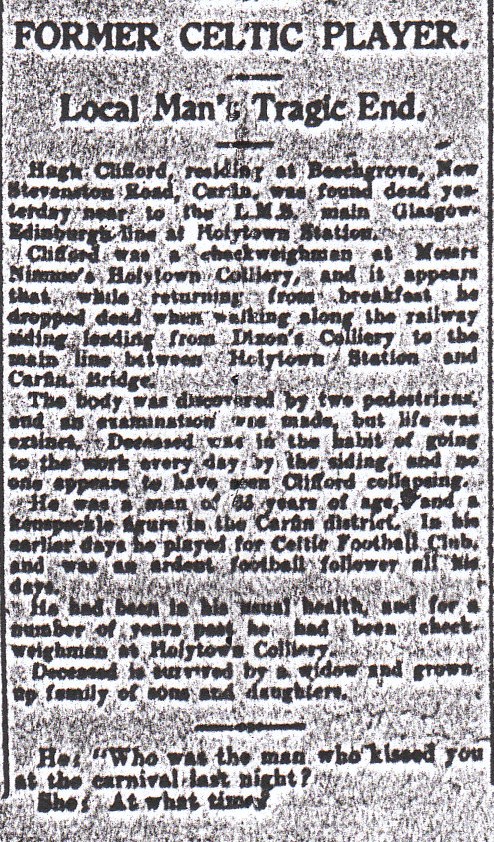