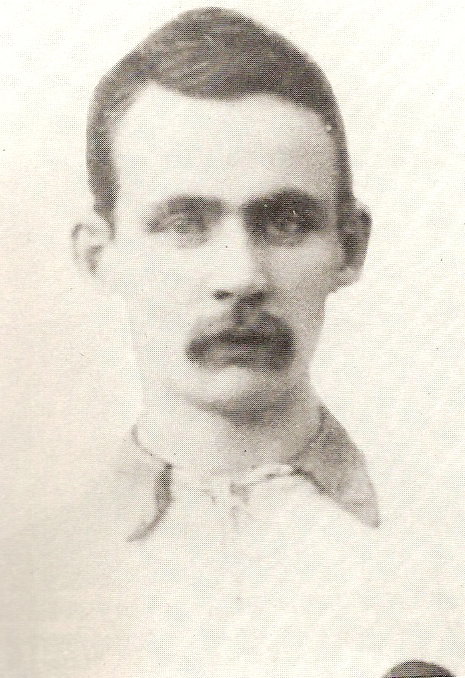 One of the original Celtic players, Scotland-international Mick Dunbar was part of the Bhoys team which won the inaugural game against Rangers 5-2 on 28th May 1888, and was to become another lynchpin that helped established Celtic as a club.

The former Hibernian player was a scheming inside-left whose only weakness was that he didn’t score enough goals. He was however a valuable player who combined graft and craft to good effect and despite a tall and gangly appearance he was a sturdy individual who could take the hardest of knocks. He was also said to be one of the most affable of companions to have in the club.

He was a regular player until being replaced by the great Sandy McMahon in March 1891. He had helped Celtic to the Scottish Cup final in 1889, which Celtic sadly lost to Third Lanark. He had been a key player in this run, scoring six goals on the way to the final.

Similarly had helped take the side to the Glasgow Cup final in 1889, again lost in the final to Queen’s Park.

He helped Celtic win the Glasgow Cup in 1891, a 4-0 win over Third Lanark, so revenge in part for the Scottish Cup defeat in 1889. This was Celtic’s first major honour (the Glasgow Cup had some prestige & weight back then).

He had also played for Celtic in the Glasgow Exhibition Cup final (the club’s first ever final), which Celtic lost 2-0 to Cowlairs, then regarded as a shock result as Celtic entered this hyped up as supposedly to be “invincible”. A real comedown and lesson learnt, although the tag like was PR hype to help sell tickets for the event. In any case, it was a minor set-back for the then new club.

His last two league games were as makeshift for the great Sandy McMahon, so he played a small role in helping Celtic to our first league title in season 1892/93. He hadn’t played any matches in season 1891/92, so didn’t play in any of the games leading to Celtic’s inaugural Scottish Cup victory. Five of his goals came against Cowlairs, two in the league and a hat-trick in the cup, so for some reason he had the Indian sign hanging over their heads.

His younger brother, Tom Dunbar was also a player for Celtic during this decade too.

Mick Dunbar became a Celtic director in April 1897, and held the role until his death in September 1921.

In effect, he became one of the pivotal figures in the foundation and establishment of the club both on and off the field. An important figure in the reading of the history of our club.

Willie Maley on Mick Dunbar (29 May, 1915):
“In 1887 I travelled with my brother Tom to Alexandria to see the village team Netherlee, played the Levandale, the nursery at that time for the famous Vale of Leven. … It was at that time I first met Michael Dunbar, a Busby man, and therefore a serious rival to Cathcart. He played for Cartvale, who were at that time a real good team, Dunbar and Calderwood making a great left-wing.

“They were both taken on by Cowlairs, who were the “country gleaners” of that day. My clubmate (in time to come), through friendship with my brother Tom and with Johnnie Coleman (destined later also to play for Celtic) who played at that time for Netherlee, played a few games for the Netherlee team, composed of Cathcart men. We four little dreamt of the football history we were all to make. Mr. Dunbar and I were, after that, particular chums, and in all our Celtic wanderings we were bedfellows.”